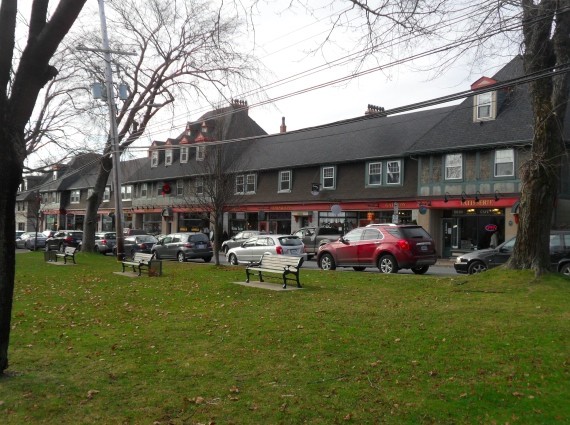 In the 1970s, residents and businesses around the northern stretches of what was then Gottingen Street petitioned the city to change the name of the street to Novalea Drive. The change was made to disassociate the Hydrostone area from the black business district and social housing project on the more southerly reaches of Gottingen Street, which were deemed a blight by the whiter and wealthier folks in the Hydrostone.

Fast forward 40 years and businesses in the Hydrostone area have once again successfully petitioned the city to disassociate them from their southern neighbours. At issue is the newly formed North End Business Improvement District. BIDs are formed and funded through a vote of property owners; if the vote is successful, a small increase in property taxes are applied to all commercial property in the area.

In the North End BID case, fully 66 percent of property owners in an area including Agricola and Gottingen Streets from Cogswell Street north to the Hydrostone voted in favour of the BID. But in July the owner of the Hydrostone Market asked that council remove his property from the BID, and council agreed, passing a motion omitting “the Hydrostone” from the BID.

But council didn’t define “the Hydrostone” in July, and so Tuesday the issue came back before council. In the intervening months, the owner of every other commercial property in the Hydrostone area---16 parcels total---said they, too, should be omitted. And once again, council agreed.

Councillors have so internalized the coded language they probably aren’t aware of it, but it’s easy to read through the lines. “These businesses are successful and don’t need the city’s help,” said Jerry Blumenthal, implying that more southerly businesses aren’t successful and need a handout. That sentiment was echoed by several other councillors, who contrasted the upscale Hydrostone to its less distinguished neighbours. Later in the evening council would again upset Gottingen area residents when it approved a private developer’s plan for St. Pat’s Alexander school.

In financial terms, breaking the Hydrostone out of the BID takes $9,616 from its annual budget, or 8.5 percent, reducing the budget to $103,501, making the new organization’s job that much more difficult.