I am an African Nova Scotian womanist artist 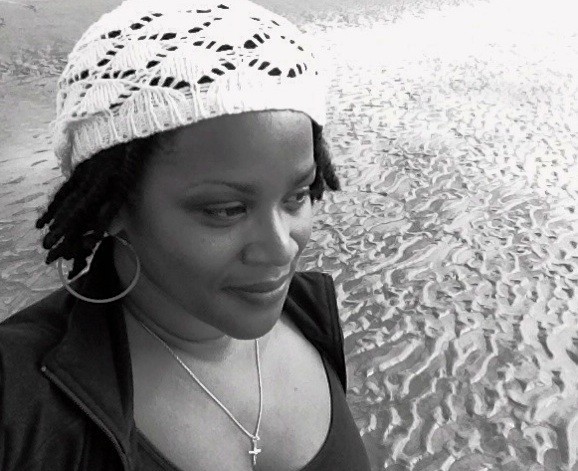 I was born in Halifax and raised in Uniacke Square (Squaretown or Squizzy for those who are familiar). I was always apprehensive about allowing society to determine what labels I should wear. Eventually, I would decide myself: middle class (I like it here), African Nova Scotian, womanist, artist.

I choose to be known as African Nova Scotian in the same way an Acadian person might choose to be labelled Acadian, when it is culturally appropriate. I am also perfectly OK with being called black, in the same way a person of Irish descent might be comfortable with being referred to as white. The term African Nova Scotian moves beyond the social constructs of race to describe us as a cultural group that is unique and distinctive in nature.

I grew up in public housing and was part of the lower socio-economic class, until I completed my first degree and relocated myself to the middle class. The first thing I noticed here is that there are a lot more opportunities and its economic ranges are broad. In particular, access to education and the extracurricular are extensive and plentiful. Not to mention the vacations are that much sweeter.

I currently teach in an inner-city school; in fact, it is the only school that remains in the inner city. My hope is to help in the movement to inspire the students I teach to move to the middle socio-economic class as well. I think this movement can be used as a tool in acquiring a political voice in such matters as education, health care, economics and in accessing home ownership.

The next self-chosen label is that of womanist. I adopted this title while I was doing a master’s degree in Africentric leadership at Mount Saint Vincent University and it was at this juncture that I realized why I had difficulty with owning the more obvious ideology of feminism. I learned that I belonged to a similar, but different movement coined as “womanism” by Alice Walker. Walker says, “Womanist is to feminist as purple is to lavender.” It turned out to be a better fit for my circumstances.

Many black women of past generations had belonged to this movement without naming it. A community mother, Alvena Cain, who has recently passed, ministered to women in prison for many years with no political agenda attached, other than reaching out to those in need. She asked for nothing in return. There are and have been many African Nova Scotian women like this over the years I could mention. From these community women I draw strength and inspiration. I choose to express that inspiration in the pieces of art I create.

My artwork is symbolic and consciously feminine in nature. I discovered after practicing my art for a few years that this creativity was derived from my ancestors. I searched for an authentic source of my inspiration before I happened upon the ancient Adinkra symbols. These symbols were conceived in West Africa (most likely where my ancestors came from) and are very similar to my style of artwork. This makes wearing the label African Nova Scotian womanist artist even more meaningful.