March 31, 2016
This March (#RIP) was a super freaky month for local releases in film, video and music. In this edition of In Case You Missed It (#ICYMI), you can get freaked out by the following: 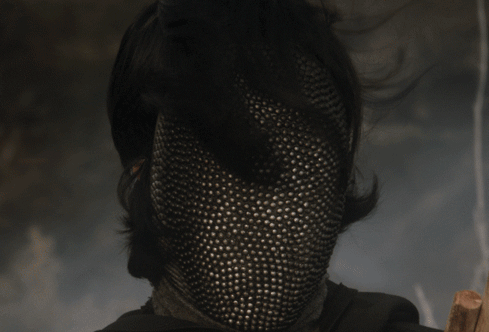 The creator of 2012 indie feature and slime-fest Lowlife, Seth Smith released his new four-minute short The Brym this month and, like much of his work, it's spooky and unsettling as fuck. The Brym channels the vibes of his other stuff, like his 2015 short Wind Through A Tree, the incredible film-noir I Am Coming to Paris to Kill You and my favourite music video of all-time, Monomyth's "Patsy." This one is a "fucked-up fable" that draws on shoreline mythologies in a way that's both visually stunning and creepy as hell. WATCH IT HERE.


Walrus' new video for "Wearing It"

Yesterday, Halifax rock band Walrus announced they've signed to Dan Mangan's label, Madic Records. Nice one, b'ys. Last week, in the middle of a Canadian tour with some opening dates for Wintersleep, the band released a new video for "Wearing It," their first video ever and the first track from their upcoming EP Goodbye Something (out on April 29). Directed by Jeff Miller, the video freaks out the squares with psychedelic visuals. Walrus don't let us down.

Last week, Stickswork (Jay Andrews) released his new album, Mums Drums, a multi-instrumental free mix by the Halifax-born, Toronto-livin' musician. It's pretty banging, and it uses over 230 samples from all over the place. Part of the fun of mash-ups like these is trying to pinpoint that familiar sound. Part of the skill of mash-ups like these is making it work. In this case, it Sticks-works. Lol @ me. I really love the "679" part. And the Q-Tip/U2. I actually love it all.

Halifax's now-defunct punk band (depunked band?) Negative Circles recently put out a new compilation tape of all their releases: a six-song debut, one single, a Live on CKDU thing and two "horribly blown-out tracks" from a basement, making up Twenty 3 Songs. Does that actually add up? Me can't count. For real, this is stripped-down and FUCKING RIPS 2011 to 2013. Plus, "This band's got that Cody Googoo guy on guitar," says the YouTube blurb. Get at him for tapes.


Send new music releases and other shit to adria@thecoast.ca.

THE BRYM from Seth Smith on Vimeo.