Bateman! Mix it up for god's sake! 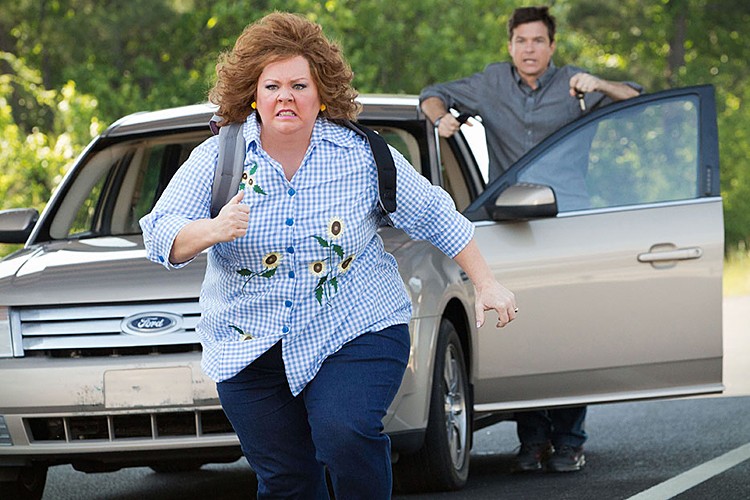 If you’ve seen the preview for Identity Thief, you’ve seen enough. Seth Gordon’s (Horrible Bosses) latest comedy is a flop about a con artist (Melissa McCarthy), whose latest victim is a middle-class family man (Jason Bateman). The plot and subplots are over-the-top and don’t carry themselves far—Bateman schlepping it out to Florida from Colorado in order to find McCarthy and return home with her, all the while being followed by a bounty hunter and drug traffickers. McCarthy, playing a loud and obnoxious character, as per usual, is funnier in a supporting role (like her performance in Bridesmaids). While Bateman, who seems to play a variation on the same family man, never seems to live up to his Arrested Development days—though in this movie, mediocre writing is largely to blame.