Opening up about weed and motherhood in a stigmatized world 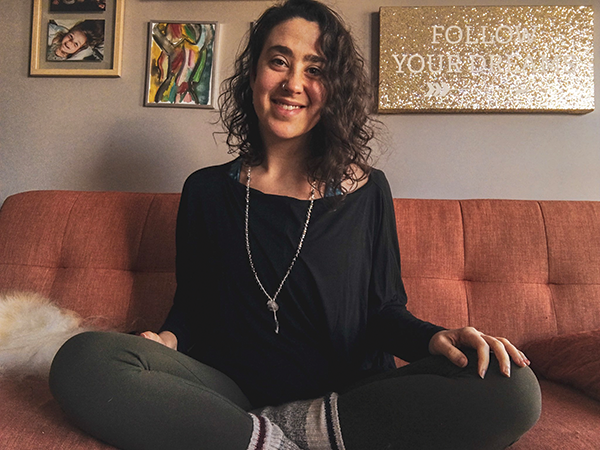 WIth Canada being six months deep into legalization, many longtime cannabis users are finally coming out of the closet, breathing in that sweet sigh of relief. Unfortunately it's not so easy for all of us. If you thought braving the stereotypical stoner image was tough, try doing it as a mother. For us mothers and parents, it's married with a story of neglect. How do I know? Because I'm guilty of thinking it myself. How could a mother possibly love her kids, keep the house clean and meet their emotional and physical needs if she's wrecked on the couch smashing snacks all day? I couldn't comprehend how a mother could be both an incredible parent and a stoner. Until I became one myself.

I grew up in a relatively conservative Christian home where the viewpoint on drug use was pretty clear: All drugs are bad, and they'll destroy your life. Somehow alcohol made the list of exceptions, but only if you were of age. I kept it pretty clean and steered clear except for a few late-night party one-offs. The brief moments that I did have with it perpetuated the stereotypes I had grown up with: Sessions often resulting in a power snack and passing out the moment I found a soft-enough surface. The allure of cannabis wasn't that strong, and it didn't come back into my life until after my first year of motherhood.

Motherhood for me was a whirlwind at first: Ultimate bliss paired with heightened exhaustion and a whole lot of figuring things out as you go. (If you think smoking a joint is a trip, you should try parenting.) About six months after I became a mother, I woke up to find that my neck and left shoulder had completely seized. Nursing paired with my long history of open-heart surgeries had left me in excruciating pain. I had always dealt with discomfort from my medical past, but never to this degree or while being responsible for another human. I was desperate to find a solution to cope. Cue numerous massage appointments, physiotherapy, acupuncture, yoga and six long months of trying to find some semblance of relief. Things definitely improved overall, but I was useless on high pain days, which usually came after nights of awkward nursing positions and holding an increasingly heavy human.

Cannabis had never crossed my mind until a friend started working at National Access Cannabis. I finally gave it a try. It became my safe haven on high pain days, at first only using once my husband got home from work, and eventually finding the right dose and strain if I needed something in the middle of the day. It was a game-changer for me. It allowed me to be present with my daughter and actually play with her, rather than sinking into the couch and being distracted by the pain.

The more comfortable I got with my usage, the more benefits I found. I could switch up what I was using based on how I was feeling, and on more than one occasion it was the only reason the house got cleaned. It didn't bind me to a life of snacks and lounging, in fact it gifted me the opposite—the ability to get up and enjoy life with my family. My appreciation only deepened when I experienced post- partum anxiety after the birth of my second. Yet despite my true appreciation for cannabis, only a small handful of people in my life knew about it. The fear of being exposed ran deep.

I get nervous at the thought of people reading this article—of being outed as "that pothead mom," the same lie that I had in my own head for much of my adult life. But this is where we are. I genuinely have to worry about people's perception of cannabis and motherhood affecting not necessarily my life, but the life of my kids. I can handle being shunned from the mom groups or the PTA, but I can't stand the idea of my children losing friends over something I choose, over something that's greatly benefited me, and them. Yet this is the reality we live in. There's so much concern about how cannabis use might effect someone's parenting, when in reality the greatest impact is in how our society reacts to it.

Somewhere along the way, someone decided to place the five-o'clock-wine-a-day mom lifestyle on a pedestal, and simultaneously condemn that same lifestyle when we swap the wine for a toke. Why does my method of relaxation or medication drastically affect the way I'm viewed? It's my firm belief that it shouldn't.

So I'm here. Stepping out of the closet, braving the storm and actively contributing to altering the image of a cannabis-using mom. It's time to change the narrative and start talking about the reality of cannabis and motherhood. Whether you use it for recreation to chill out after a day of minding kids and managing 1,000 emotions, or it's the difference between functioning and being bound to your couch from pain or mental illness. It can be an amazing tool, and shouldn't carry the stigma or shame anymore. The truth is, you can be both an amazing parent and a cannabis consumer. And if you're anything like me, I'm sure you're out there somewhere with a joint, pipe or vape in hand breathing a sigh of relief.

You're not alone and I'm here with you.