In a sour mood? Here’s 7 superb beers you have to try

Sour beers are having a moment and we are here for it. 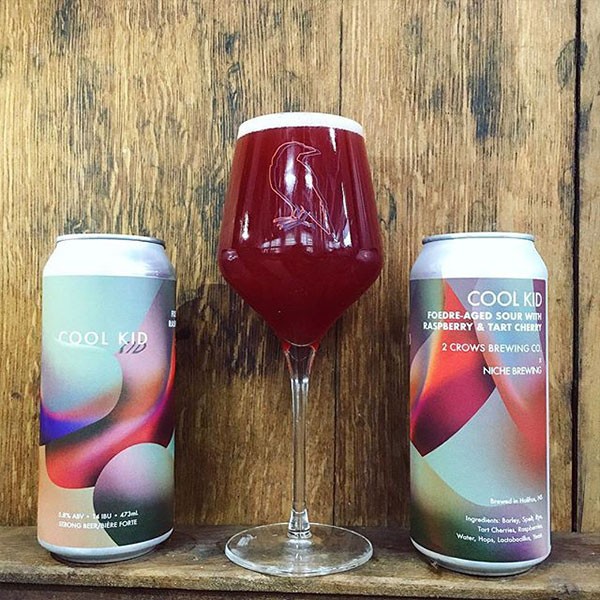 “People’s taste buds evolve and the trends evolve,” says Jeremy Taylor, head brewer and co-owner at 2 Crows Brewing. “A few years ago it was all about the super big IPAs that have a billion IBUs, and then in the past year or so it’s more on the juicy IPAs with less IBUs and people are getting into the sours.”

Sours are appealing for a few reasons, Taylor explains. They pair well with food and they’re also attractive to wine-drinkers and other people who don’t necessarily consider themselves beer fans. “If you give them a sour then that usually  blows their mind a little bit—the difference of flavour.”

While the kettle sour technique produces an easy-drinking, bright sour, Taylor prefers the more time-consuming approach of letting the souring happen in the fermenter. This allows for more “depth of flavour,” he says, but it takes a few months as opposed to a few weeks.

“They’re not money-making ventures for us at all, anyway. They take so much time and take up so much real estate inside the tanks, but we really like the result so that’s why we do it.”

We’ve rounded up seven superb sours for you to try this summer:

1. Sackvegas Sour
Ol’ Biddy’s Brew House
This raspberry kettle sour must be good because it’s always sold out when I try to get it. I guess I can’t technically recommend it because I’ve never had it, but I’m interested enough that I keep looking for it.

2. Pucker Up!
Garrison Brewing Co.
A good gateway to the wonderful world of sours, Pucker Up! is both sweet and sour so it’s nice and balanced out for folks who are apprehensive of adventures in  tartness.

3. Sour Motherfucker
Unfiltered Brewing
It’s not motherfucking sour, but it is a sour motherfucker. This is a cherry sour but expect it to be reminiscent of cloying Cherry Blasters—it’s re-fermented with real cherries (Unfiltered’s Andrew Murphy says they’re on the way from Oregon now for the next batch) so it’s far more refreshing and tasty.

4.  Jitney  Tatamagouche Brewing Co.
Very dry and very good, this sour with hints of mango and pineapple packs a  punch.

5. Cool Kid
2 Crows Brewing Co.
The new kid on the block—2 Crows teamed up with Niche Brewing in Fredericton to create this tart, jammy beer with “cherry pie kind of notes” being released on May 24. Taylor says 800 pounds of fruit went into this one. 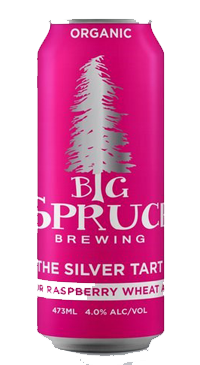 Big Spruce Brewing
It’s back, baby. ’Twas a beer garden favourite last probably will be again this year and it’s easy to see why. A crushable, kettle-soured raspberry wheat that’s as approachable as it is  popular.

7. Over The Top!
Boxing Rock Brewing Co.
This cranberry wheat beer really is over-the-top tart, but that’s why it’s so appealing. Some might call it the best sour available locally. “Some” might be me. You’re welcome.