In memory of Raymond 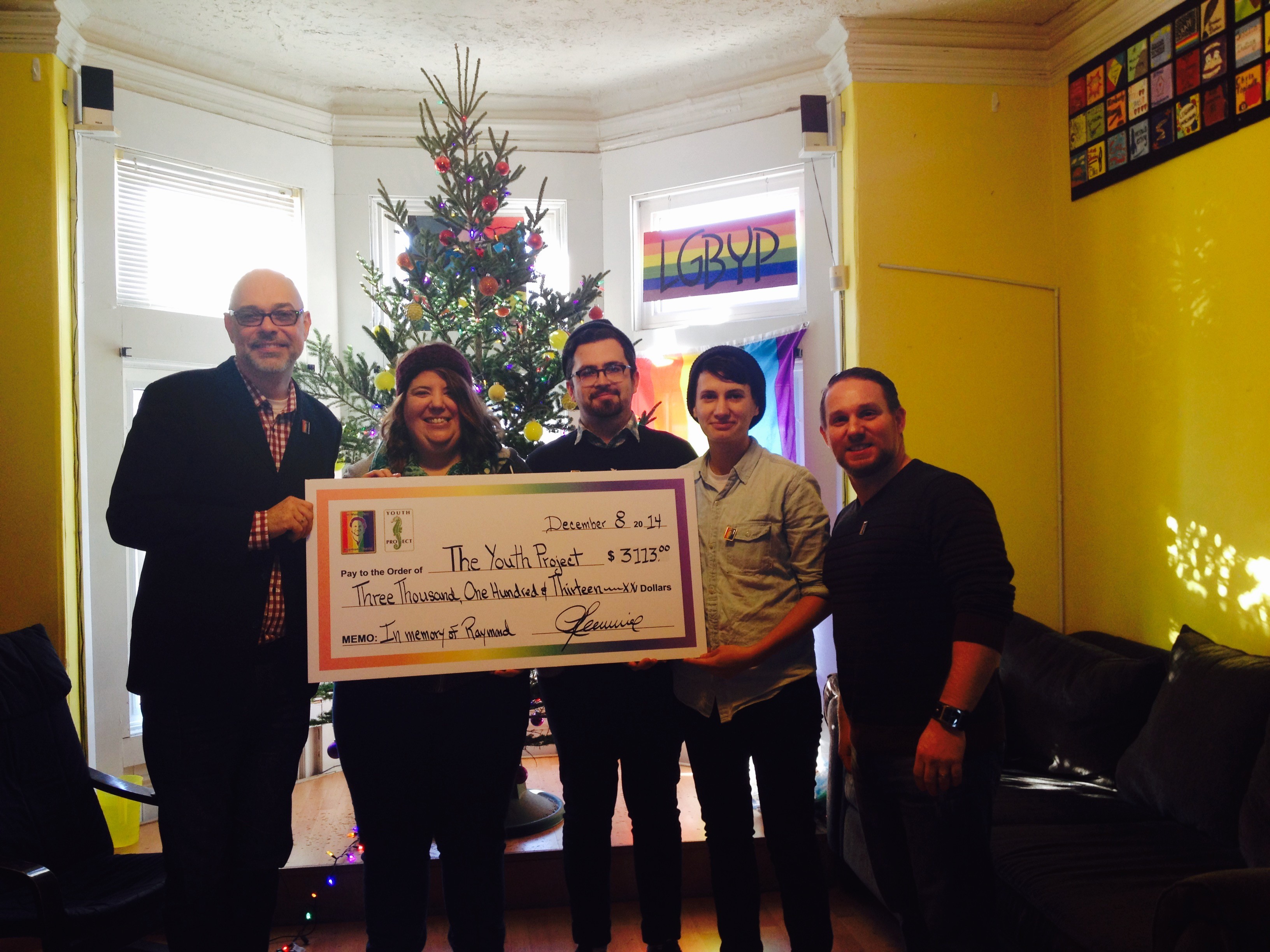 It’s an early Christmas gift to The Youth Project from Raymond Taavel.

Yesterday, Taavel’s partner Darren Lewis presented a cheque for $3,113 to the local non-profit which offers support services around issues of sexual orientation and gender identity to those under 25.

As we reported a few months ago, the funds are from a campaign in Taavel’s memory launched this year around Pride. Rainbow memorial pins featuring the murdered activist’s image were sold at Alteregos Cafe and Venus Envy. Lewis says all but seven of the 250 pins were exchanged for donations. Most of those were in Halifax, but he says some people are now wearing pins in Montreal, Toronto and as far away as Edmonton.

"I know how we all felt about The Youth Project, and how necessary it unfortunately still is," Lewis told The Coast back in July. "[Taavel] always thought it was a real worthwhile community project."

A longtime activist, Raymond Taavel was killed in 2012 outside of Menz bar on Gottingen. Andrew Noel Denny of Membertou was charged in the beating death, and his trial is set to begin later this week.

Aside from potential permanent memorials being discussed for Gottingen Street, Taavel was also honoured this year’ via a commemorative rainbow Pride flag dedicated in his name. The flag and its case were presented to mayor Mike Savage in the summer and are now permanently displayed at City Hall.