Last year the average price of a home in Halifax/ Dartmouth was $267,697, here are four great examples of homes you can get for less than that.

The 'hood: While we're categorizing this as Herring Cove, this is actually a stone's throw from the rotary and Quinpool Road.

The perks: The house sits on a substantially sized lot, and is notably close to Chocolate Lake, a rec centre and various public schools. 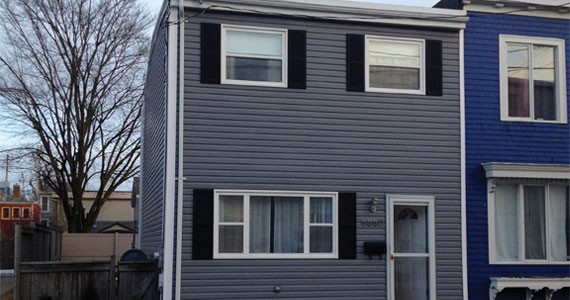 The 'hood: You're pretty near the heart of Halifax's north end on Almon, nice and close to the Hydrostone while not too far from downtown.

The perks: This neighbourhood is a selling point on its own, but recent upgrades to the bathroom, kitchen, plumbing and windows, a fenced in yard with a deck only sweeten the deal.

The digs: This 50-year-old, 1,148 sqaure foot four bedroom bungalow at 73 Flamingo Drive has hardwood floors throughout, a carport and attached shed, loads of storage space and is being sold by its original owner.

The 'hood: You're close, but not too close, to the action with your neighbours at an arms length and

The perks: Though the house is half a century old it's got a new oil tank and hot water heater. Plus, it's only minutes away from multiple green spaces and has a fully landscaped yard.

The digs: A seaside home within the HRM, this 1,524 square foot, three bedroom, two-and-a-half-bath townhouse at 79 Sailors Trail Lane is actually a condo unit.

The 'hood: You're in the city, but you're at the beach. This little community is within walking distance of Fisherman's Cove's ice cream and fish and chips, and MacCor- mack's Beach's salty breeze.

The perks: You've got your very own roomy townhouse with the benefits of condo living like landscaping, snow removal, a heated pool and community clubhouse.