Inside baseball with Brad Pitt

Plus: Reunion! (Chris Pratt is in both!) 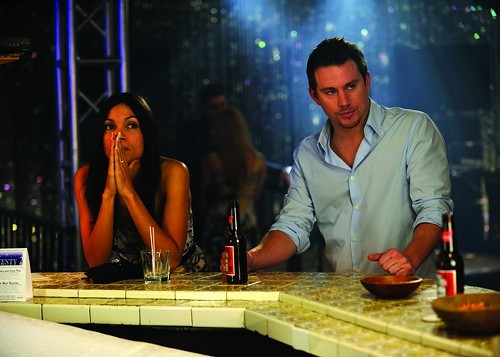 I really enjoy me a loose ensemble drama-comedy—they mostly come in teen-type films like Empire Records, Can’t Hardly Wait or American Pie, just a lot of promising actors pairing off in interesting combos with low stakes. I enjoy that. Ten Year follows a decent group of 28-year-olds hitting their 10-year high school reunion.

It’s a great cast with Ari Graynor (the drunk girl from Nick and Norah’s Infinite Playlist), who’s married to Chris Pratt, whose Parks and Recreation wife Aubrey Plaza is there too, as is Friday Night Lights’ Scott Porter, and Justin Long, Max Minghella, Lynn Collins, Anthony Mackie and Channing Tatum. My favourite was an actress I realized I was in the same room as last year, Kate Mara (128 Hours), who plays a reformed slash unrequited love of Reeves (Oscar Isaac), the obligatory now-famous person. It's gently funny and gently affecting, the sort of movie people who just turned 30 make, where the significance of past is just starting to slip away to be replaced by the drudgery of now. Directed by first-timer Jamie Linden (he wrote the Tatum vehicle Dear John), Ten Year is clearly influenced by St. Elmo’s Fire, and has that Saturday-afternoon-on-Bravo feel. These are good things.

Moneyball is an inside-baseball movie about the inside of baseball. “I could give a shit about Moneyball,” said a British man seated next to me on day one of the festival last week. “It won’t play outside of America.” And you know what, he’s right—only in America do they love the sport this much, because for a movie about baseball there is precious little baseball in it; instead it’s about team-building from statistical and budgetary perspectives, which sounds boring but then so did creating Facebook and that's the vibe they're going for here.

Brad Pitt, someone I can take or leave usually (suck it, Tree of Life), is terrific as Billy Beane, the spirited general manager of the worst team in baseball in 2001, the Oakland Athletics. He hires a player analyst (Jonah Hill) who convinces him that losing three huge players for the season is actually a blessing—he’s figured out an equation that projects the best players—the best deals—in the sport, and how the Yankees’ $114 million payroll means nothing in the grand scheme. 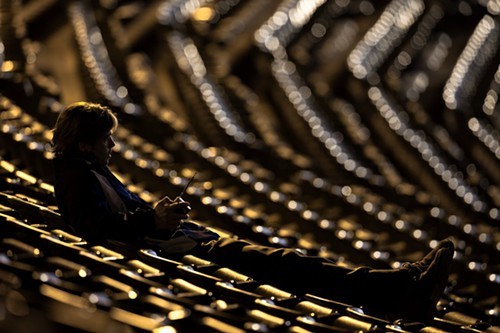 Beane faces resistance from his staff, including Phillip Seymour Hoffman in what amounts to an extended (mostly thankless) cameo. Robin Wright shows up for two minutes as Beane’s ex—my girl Kathryn Morris played his current wife and was cut from the film entirely—but it’s mostly the Pitt show, as director Bennett Miller (Capote) has built the movie Clooney-style around him, a worthy decision. The hilarious/ironic part for me is that a film about budget hires was written by Aaron Sorkin and Steven Zaillian, a pair of million-dollar screenwriters, but the payoff is all on screen. It’s way greater than a movie about baseball with hardly any baseball in it should be, even if it doesn't stand as the awards bait it's being positioned as. It comes out September 23.