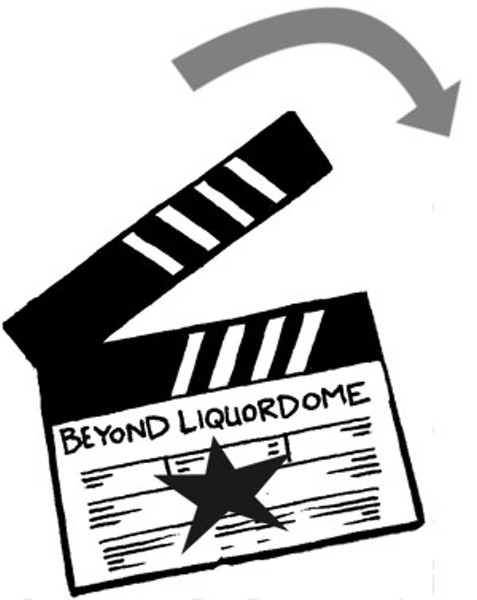 Hollywood has been coming to Atlantic Canada to make movies for years, but the best movies made in Nova Scotia are made by the people who live here.

It's a little bit shocking how many movies have been made in and around Halifax. When you consider the geography, especially: We're a long way off from the traditional movie-making centres of Toronto, New York and Los Angeles.

A Toronto producer used to say, "If it's being made here, there's something wrong with it," and maybe there was a time when that was true. A Hollywood adaptation of Nathaniel Hawthorne's The Scarlet Letter was shot in Shelburne in 1994, starring Demi Moore. Generally not considered a classic, even former members of its crew refer to it as The Big Red A for its hazy resemblance to the classic novel. But the Lunenberg-shot Stephen King adaptation Dolores Claiborne with Jennifer Jason Leigh and Kathy Bates was a little better received.

In more recent years, the Hollywood productions made in Nova Scotia have been getting a higher profile. There was that little art flick called Titanic. And, consider The Shipping News: shot here and in Newfoundland. Though the big name cast's accents veer all over the place, there's great work in support from Gordon Pinsent. American indie director David Gordon Green's Snow Angels, a dark, dysfunctional family drama, was shot in Halifax, before Green went on to do Pineapple Express.

One of the best things about American productions setting up here is the random celebrity spotting, especially with the stars of TV movies of the week. Rob Lowe was frequently spotted when he was here making something called The Christmas Shoes, while former buddies of Buffy The Vampire Slayer, Nicholas Brendon and Charisma Carpenter, were seen around town when they were here on Relative Chaos. Before she was Veronica Mars or on Heroes, Kristen Bell---not to be confused with the stellar local actor with the same name---was in Halifax making Gracie's Choice for the American Lifetime Channel. Tom Selleck has made all of his phenomenally popular Jesse Stone TV movies here and frequents swanky eatery The Press Gang when he's in town. A sixth edition of the franchise will be made here in the fall, so keep your eyes open: If you see a fellow who's tall, grizzled and mustachioed, it could be him.

Ron Hellboy Perlman was spotted in the Park Lane Mall when he was here in 2006 making a Viking alien movie (yeah, you read that right) called Outlander, threatening to open soon. And when the miniseries The Sea Wolf shot on the waterfront and in Sambro this summer, Neve Campbell was a regular at The Marquee and its downstairs club, Hell's Kitchen, shaking her booty to local bands such as popular art rockers i see rowboats.

The unofficial headquarters of the local film community must be the Economy Shoe Shop. Strike up a conversation there and don't be surprised if you find yourself talking to a grip or stunt person with a story to tell about Harrison Ford (who was here in 2001 to make the submarine thriller K19: The Widowmaker).

But if you really want to appreciate quality filmmaking in Nova Scotia, look to the Atlantic Canadians. Local DVD rental palace Video Difference (6086 Quinpool, 425-3029, open 24/7) carries them all.

Perhaps the most lauded local writer/director of recent years is Thom Fitzgerald, who made a big splash with his first feature The Hanging Garden in 1997 and followed it up with well-regarded dramas The Event and 3 Needles. He's now producing, including the first feature from Halifax filmmaker Michael Melski, the New Brunswick-shot comedy, Growing Op.

Look for movies from local writer/directors like Chaz Thorne, who scripted the gritty boxing/racial drama Poor Boy's Game, shot all around Halifax and Dartmouth in 2006, and wrote and directed the mortician comedy Just Buried.

You may spot Andrea Dorfman bicycling around town with a flower in her pedal: Her films Parsley Days and Love That Boy are local gems, the latter an essential for Ellen Page completists who'll want to see the young star in an early role. Coast readers' favourite filmmaker Jason Eisener, who killed with the thing-in-the-basement horror The Teeth Beneath, has a new feature at the Atlantic Film Festival this year, the excellently titled Treevenge.

And it's worth noting that Quebec-born filmmakers Allan Moyle and Mort Ransen both went to Cape Breton to do some of their best work, Moyle's wonderful coming-of-age comedy New Waterford Girl and Ransen's coal-mining drama, called Margaret's Museum.

If you yearn to be a filmmaker yourself, it can be done here. The Nova Scotia College of Art and Design (5163 Duke, 444-9600) has a film program as does the Nova Scotia Community College (80 Mawiomi Place, Dartmouth, 491-4911). The Atlantic Filmmaker's Co-operative (5600 Sackville, 420-4572) is also a great place to start. They offer regular training programs, the opportunity to meet and work with skilled filmmakers and rent camera, sound and lighting packages. And the Centre For Art Tapes (5600 Sackville, 420-4002) offers support for anyone interested in multimedia production of practically every kind.

If you're a film lover, the timing of your arrival in Halifax is pretty damn good. The 28th Annual Atlantic Film Festival starts up on September 11 and runs for 10 days, with 254 shorts and features to be screened. Get your tickets soon to see locally made films: The Atlantic programs sell out first.

Hollyfax Tips
1. The most glamourous thing about the movie business is saying you work in the movie business.
2. You’ll know if it’s for you, but it’s OK if it’s not.
3. There are plenty of awesome locally made movies for you just to watch and they don’t all feature lighthouses and lobster pots. And keep an ear out for locals with possibly apocryphal tales of angel dust in the chowder at wrap parties, or cans of Spam travelling down to the actual Titanic.