Finally a victory in discrimination case against NSLC. 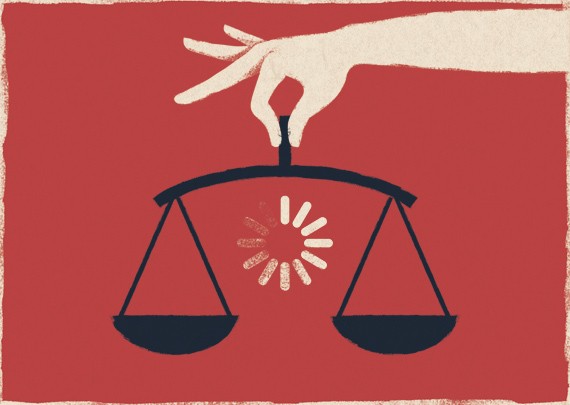 Update: You can read the full decision by board of inquiry chair Lynn Connors online. It finds Pearl Kelly was discriminated against because of her sex and disability. Connors also owns up to being behind the eight ball in her decision.

I am late in filing this decision. There are a number of reasons. The first is that there was approximately three weeks of evidence and submissions stretched over the course of a year. The number of documents and the transcripts are voluminous. I work as a lawyer in small town Nova Scotia. There are time constraints involved in such a practice and I have to the best of my ability allowed for a careful review of all of the Exhibits and the transcripts in full before rendering a decision.

Pearl Kelly’s long wait is almost over. The Pictou County resident has spent years hoping to revive her career and propel it forward. It was derailed over employer-induced workplace issues, but she finally learned Tuesday she’d won a human rights case against her provincial government bosses.

About seven years after Kelly went on a medical leave, an absence hooked to discrimination she endured at the hands of the Nova Scotia Liquor Corp., she can now claim victory on two fronts: gender and disability.

Kelly, of Thorburn, Nova Scotia, won’t be back at her liquor store job tomorrow, however. She says the parties must meet before terms of an award are etched in stone.

“I feel vindicated,” Kelly says. “The weight has been lifted off my shoulders.” Other human rights complainants would have given up by now. They would have moved on, frustrated with the length of time it often takes to investigate, consider and resolve grievances.

Kelly says she couldn’t simply back away, adding her supportive husband and family helped keep her motivated. Asked if she’d go through this if she had the chance to do it all over again, she says yes—without hesitation. 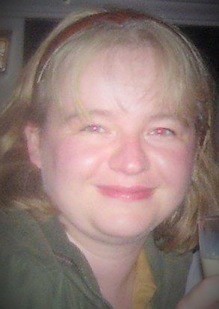 In 2009, Kelly filed a formal complaint with the province’s Human Rights Commission against the liquor corporation, saying she’s been discriminated against because she is a woman and due to her anxiety disorder.

A mother of three, Kelly says male co-workers were sexist and referred to her as Pregnant Pearl. She went on sick leave in 2008 from her store management job at a Stellarton liquor outlet.

Kelly—who was earning $65,000 a year when she last worked—has also said she was passed over for a promotion due to her gender. The 43-year-old is expecting to return to work and is seeking unspecified damages for lost wages.

Her employer has publicly disputed Kelly’s story, saying there were questions surrounding her ability to lead others at work. The corporation argued at the hearing she wasn’t treated differently than male managers at the NSLC, and said her complaint should be dismissed.

Though Kelly knows she won her case, she hadn’t read the entire decision by press time. The 116-page decision is to be posted on the commission’s website by March 20. Her Halifax-area lawyer, Barry Mason, confirmed the ruling says the NSLC discriminated against his client on the grounds of gender and disability.

Despite the years it can take to put a complaint to bed, the Nova Scotia Human Rights Commission says it is doing a better job at making the process more expeditious. A commission spokesperson says the agency is supposed to deliver a ruling within six months of the conclusion of a hearing (known as a board of inquiry). Final arguments in Kelly’s case wrapped up in July, in Stellarton.

“When it ended, [the adjudicator] said she hoped to have a decision in by the time school starts,” Kelly says. She’s still wondering why the commission appeared to contravene “its own protocol,” and why higher-ups at the agency didn’t see to it the ruling was released without delay.

Commission spokesperson Jeff Overmars provides this perspective: Boards of inquiry and their adjudicators are “independent of the commission. Chairs are appointed to a roster for terms by the province’s chief judge after an independent panel assesses applicants and makes their recommendations,” he says in an email.

The Nova Scotia Human Rights Act indicates it’s not up to top officials at the commission to handle delays stemming from the period covering the writing and release of a ruling. This responsibility rests solely with the chief judge of the provincial court, the law says.

Critics have charged the Human Rights Commission has been unable to deal with complaints in a timely fashion. Kelly is one of them. The commission’s accountability report for the fiscal year 2013-14, however, says there’s been “a dramatic reduction in file backlog.”

The report said it used to take more than three years to complete an investigation, a pre-hearing probe involving research, witness interviews and other elements. Now it takes eight months.

A “restorative principles” model the commission uses is working well, the accountability report said. It’s a more collaborative approach than the adversarial one used in the past. The report said the restorative model “is proving highly successful in resolving complaints without the necessity of a formal board of inquiry.”

And if a dispute can be handled without a public hearing, it’s easier on the commission’s pocketbook. The agency’s expenditures in fiscal 2013-14 were $2.4 million, the report said.

“The HRC”—Human Rights Commission— “pays all of the costs of the Board of Inquiry, including room rental, transcription costs, travel expenses, and per diem fee for the Board of Inquiry Chair,” it said. Chairwomen and chairmen are lawyers with expertise in human rights issues who act as pseudo-judges during the hearings.

Looking back, Kelly says the resolution process has been challenging, to say the least. And it’s not quite over.

She doesn’t know how long it’ll take for the parties to get together on what remedy or award she’s to receive. She’s also not sure when she will get the medical OK to return to work.

Asked what advice she’d offer to female employees facing similar situations on the job, Kelly says they should stick with it.

“Go with your gut. If your gut is saying you’re being treated a certain way, most likely you are.”