The Canadian Brewing Awards aren’t open to the public, but here’s how to take in the spirit (and buzz) of the event. 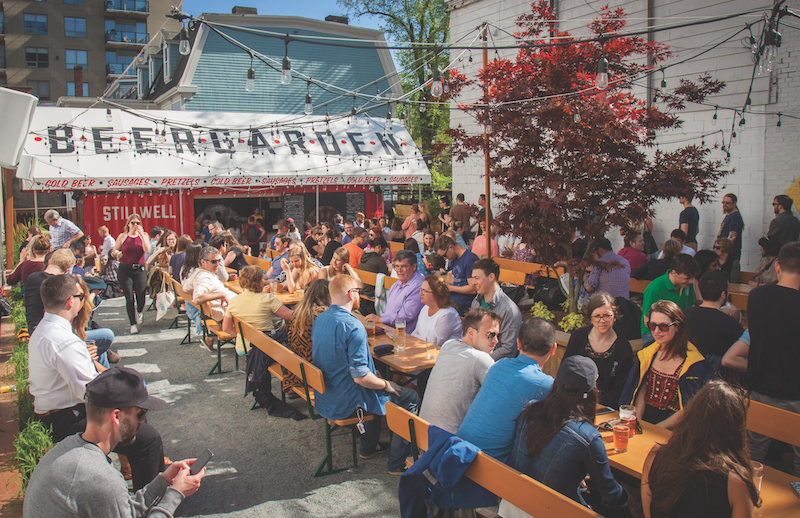 Garrison and Spindrift tap takeover
Raise a glass to the kickoff of the Canadian Brewing Awards at The Stubborn Goat as the gastropub highlights seven different suds from Spindrift and Garrison breweries.
Thu May 24, Stubborn Goat Gastropub, 1579 Grafton Street

Grand National: A CBA Adjacent Festival
To celebrate the Canadian Brewing Awards' touching down in Halifax, the Barrington street brew-bringer raises a glass to its' 30-ish favourite producers nationwide (some of which have never been poured on the east coast). With beers being tapped at both the bar and its' Spring Garden Road beer garden all weekend long, sud fanatics will wanna follow along on social media so they don't miss a drop.
May 24-27, Stillwell, 1672 Barrington Street

North Coast to Coast collaboration launch
In time for the Canadian Brewing Awards, North Brewing Company shares five beers crafted in collaboration with microbreweries from across the country. Sip the results at this release party and save room for the Escarpment Labs tap takeover (featuring suds made with Escarpment Labs yeast and cultures).
Thu May 24, Battery Park Beer Bar & Eatery, 62 Ochterloney Street, Dartmouth,11:30am-6pm

O-Town: A night of Oland and Motown
The Robie Street spot describes this night out best: "A night full of Motown music and a chance to drink everyone's favourite local beer—Oland's—at a classic hipster bar." Sign us up.
Sat May 26, Good Robot Brewing Company, 2736 Robie Street, 12pm-2am

Stillwell bottle release party
Stillwell celebrates the release of two new styles of suds and the arrival of the Canadian Brewing Awards with this sipping sesh featuring the cherry-raspberry Disco and the peach-y Preach. Get the bottles while you can!
Sat May 26, Stillwell, 1672 Barrington Street, noon-3pm

Crop Top Tolerance Day
The Robie Street's spot annual celebration of belly-bearing tops—and all bodies wearing them—returns. Show up with your navel out or borrow a pair of scissors at the bar to take part in the body-positive good times.
Sun May 27, Good Robot Brewing Company, 2736 Robie Street, noon-2am