Inspired to play by the likes of Foo Fighters and The Trews. 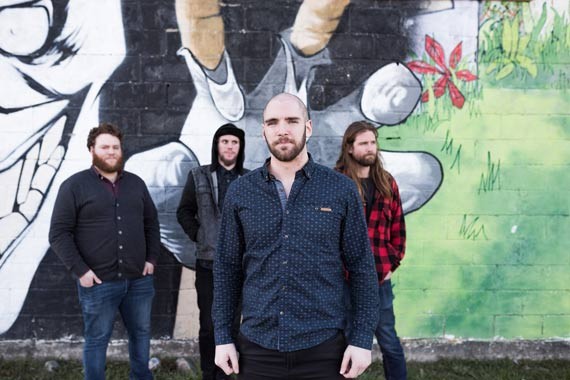 "I would say my biggest influences are the Foo Fighters and Jet," says Brad Long, the lead guitarist and singer of his first rock project, James Bradley Band. "I listen to a lot of different styles, but rock bands like those, The Sheepdogs, The Trews and Sam Roberts Band are definitely my favourites." A student in the Music Arts program at NSCC, Long's love of these amped and larger-than-life big-timers informs the style of James Bradley Band, with fellow NSCC student Jesse Macleod (drums), Ross Avey (guitar) and Thomas Stajcer (bass and sound engineer at New Scotland Yard Studio). The band is a leap of faith for Long—he almost joined the military before playing the old Michael's stage, where he realized he needed to fulfill his music dreams instead. "This is the happiest I've ever been." With song releases in June and July, expect to see more of these soon-to-be rock stars.