Jamie Baillie is stepping down as Progressive Conservative leader 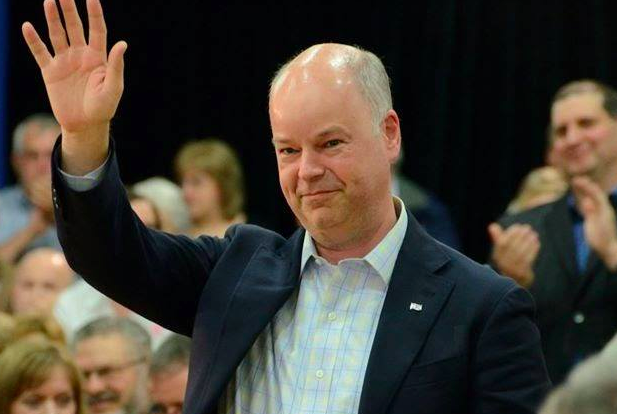 After seven years and two general elections, Jamie Baillie is stepping down as leader of the Progressive Conservatives.

“I want to thank my family, my caucus colleagues and the dedicated members of the PC Party for their support over the last seven years,” said Baillie in a press release. “It is the right time for my family and to start our next chapter. I also believe it’s an opportunity for the Party to elect a fresh face for .”

According to the news release, Baillie will remain on as leader of the official opposition until a replacement has been selected, and will continue to serve as MLA for Cumberland South.

Although this is the first official word about his departure, speculation has dogged Baillie since last May’s general election.

The face of the Party’s “Vision. Action. Baillie.” campaign, the leader told The Coast back in May that he had given no thought to his future should the Tories fail once again to form Nova Scotia’s next government.

The PCs ended election night picking up seven seats, including a huge win upsetting longtime Liberal MLA Michel Samson in Cape Breton–Richmond. It was a “great night,” according to Baillie, but it wasn’t enough. The next day he announced he would be considering his future.

The chartered accountant, who also served as chief of staff to former premier John Hamm, left politics in 2005 to become the CEO of Credit Union Atlantic. He came back five years later to win a seat at Province House in the Cumberland South by-election.

Under his tenure, the Tories climbed their way back from third-place to regain official opposition. Baillie's leadership has largely been a war of attrition against Stephen McNeil’s Liberal government and its austerity practices. Putting the “progressive” in Progressive Conservative, he was front-and-centre at protests against rape culture and even argued at Province House on behalf of the labour unions furiously protesting outside. But it never seemed to make much of an impact on the Liberals in the polls.

“We have made great strides and I am tremendously proud of our collective efforts and results. I am truly grateful for the thousands of people I’ve met along this journey and the wonderful memories we’ve made,” said Baillie in today's press release. “People welcomed me into their homes, their places of work and their community centres with open arms and I am so humbled by all the love and support I have received.”

Miller states the PC Party owes a tremendous debt to its outgoing leader.

“We have been so lucky to have someone of Jamie Baillie’s calibre as our leader over the last seven years. He has been a tremendous steward, navigating our Party through many challenging times,” Miller writes. “Jamie is a wonderful man. He is smart, dedicated and caring. I want to thank him, on behalf of our entire PC family, for his years of service and commitment to our province.”

The PC Party executive will meet in the coming weeks to discuss the process for selecting a new leader.