Chop Trees Over Everything (independent) 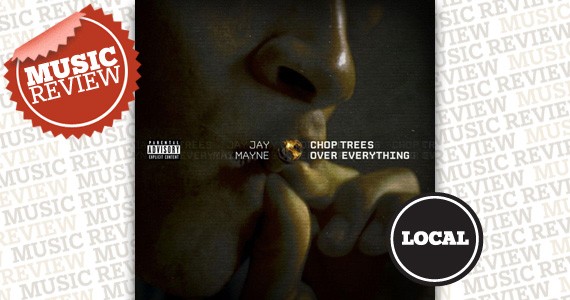 Stoned, smooth, sexual and synth-heavy is Chop Trees Over Everything, the final installment in Mayne’s (understandably) popular mixtape series #ChopTrees. With a little help from featured guests Aux, Al Boogie, Thrillah and Earl B, Mayne kick pushes along through a lucky 13 tracks, waxing poetic about weed, his roots, partying, girls, skateboarding and Dartmouth. The album shows off Jay Mayne’s range, showcasing a confessional style, charming delivery and a consistently mellow sound. Part of the appeal is that Mayne would clearly be doing this no matter what, as he says in “All I Do”: “Could never say I failed even if nobody paid me/All I do is get rid of stress I’ve been holding since the 80s.” Is there any purer goal than that?