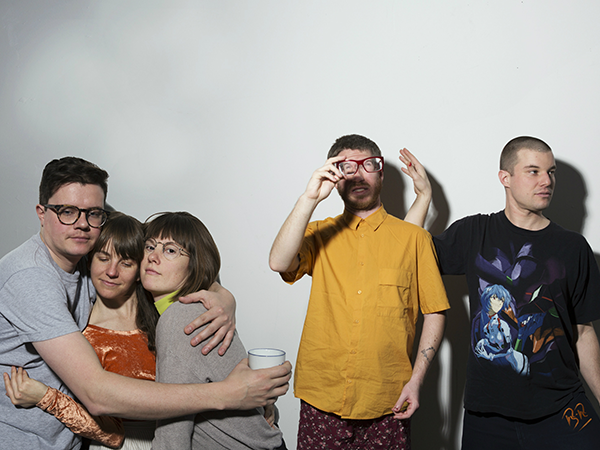 Without jazz, there'd be no Bernice. All five members completed undergrad degrees in jazz performance at different schools, but ended up forming a band that leans more toward minimalistic pop.

"After school, I didn't quite feel like [jazz] was my path forward in music and started really focusing on writing my own songs," says Robin Dann, vocalist and songwriter with the Toronto band. "I feel like we're the perfect pop band to play jazz festivals because we love jazz—we're still very much involved in our community in Toronto. A lot of us still play a lot of jazz. But the music that we play is obviously not; the central word would not be jazz, in my opinion."

A little over a year ago, the band released its debut full-length Puff LP: In the air without a shape. It's included on the 40-album long list for the Polaris Prize, which annually awards the best Canadian album based on artistic merit rather than commercial success. Part of the album's idea was to mimic the intimacy and playfulness of a live show, but still sound like a recording.

"A big part of how we play together has an open-ended quality to it," says Dann. "We love to improvise together, again that kind of goes back to that we used to play a lot of jazz."

The songs from the album are always evolving and changing, sometimes by design but other times unintentionally. It's all part of a band that has a playful aura, yet is technically sound. "I think we just try to be ourselves and keep the spirit of why we play music," says Dann. "For me, it's connecting with people and having fun, not taking ourselves too seriously and still feeling like the music is sounding good."