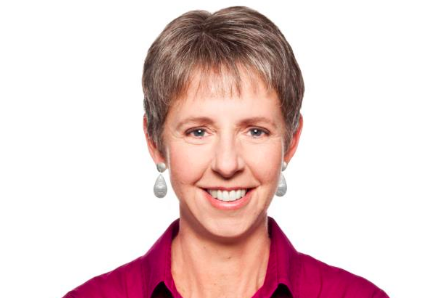 Halifax Peninsula North councillor Jennifer Watts already has a gig lined up for after October’s municipal election. Watts will join the Immigrant Services Association of Nova Scotia (ISANS) as its new director of settlement and integration in November.

“I always said I was looking for work,” says the two-term councillor (who is not re-offering). “This was not retirement, just leaving municipal politics.”

Watts cites that “change in the federal landscape” as one reason she’s excited for the new job. Last year the newly-elected Trudeau government in Ottawa promised to bring in 25,000 Syrian refugees by the end of 2015. That deadline was later pushed to end of February and bolstered by including privately-sponsored refugees in the total.

ISANS worked closely with the federal and provincial governments over the last year to handle the logistics of settling the dozens of Syrian refugee families who now call Nova Scotia home.

“People come into our country—just as many of us have through our own families—through different situations,” says Watts, “but we all bring new opportunity and new perspectives and the willingness to settle and make the best for our families.”

The councillor’s new position was created in a restructuring of ISANS executive board. Director of operations Gerry Mills will oversee Watts, who is one of two new directors to be hired as current director of programs and services Claudette Legault steps down.

While Nova Scotia’s population is at its highest levels ever thanks to an influx of immigrants, refugees and other new Canadians, other locations aren't so receptive.

England’s recent vote to “brexit” the European Union was largely driven by anti-immigrant xenophobia, which is also driving a lot of Donald Trump’s campaign down south.

In contrast, Watts says Canada has turned its face out to the world to say “We are welcoming.”

Before she leaves City Hall behind, Watts says she’s hoping to tackle development issues (including the future of the St. Pat’s high and St. Pat’s-Alexandra schools), see the Centre Plan through and continue the effort of HRM implementing Truth & Reconciliation recommendations—among other more day-to-day district work.

“People keep calling about potholes and tree stumps, which is all part of the job”