Jerusalem: Chronicles From The Holy City 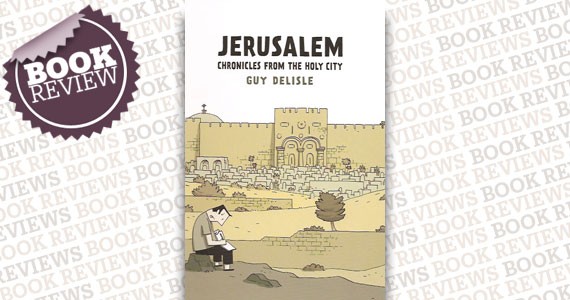 Quebecker Delisle reports from far-flung locales in an inimitable black-and-white style. A classic outsider, he simply and gracefully illustrates the world around him. As he did in his previous books, Pyongyang and The Burma Chronicles, he documents his exploration of the politically and socially alien landscape of a new city, in this case East Jerusalem---his wife is posted there for Medecins Sans Frontieres, while he takes care of the kids. Though the prism of his pen, character sketches are just that, sketchy, but his sense of proportion and place is gorgeous, dipping in and out of the day-to-day. His diarist’s narrative rambles and stutters, as you’d expect, but taken as a whole, it’s Deslisle’s dry humour and appealing, journalistic objectivity that stays with you.