Jon Epworth opens up with a new record

Epworth plays Friday at the Paragon Theatre, to celebrate the release of Wet on wet. 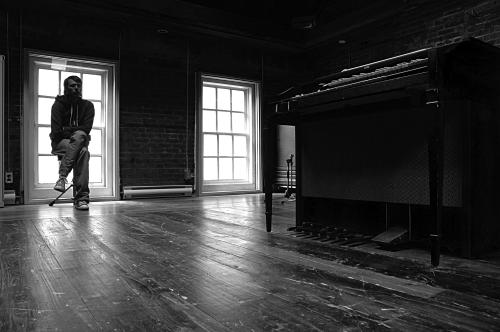 A man and his piano.

Since his 2006 release, Wet On Wet, Jon Epworth has been ensconced in a musical wonderland of composing, writing and recording. He’s been busy. His new album, Turn Off Your Name, takes a different approach than Wet On Wet in that the songs are more introspective, and, as it turns out, more epic. “I never set out to write ‘epics,’ but a few people who have heard this album have used that particular term, as well. I've been working on a longer conceptual piece (by the good graces of the Canada Council for the Arts) and it’s given me the time necessary to dig a little deeper, exploring alternate musical themes and sharpening my lyrical approach. Though this is not a concept album, it is the first time I've consciously strung together a collection of songs that share a common theme,” says Epworth. “I think this is a much more groove-oriented record.” Turn Off Your Name showcases a more mature sound: the songs are well crafted and personal. “I’ve certainly never invested this much emotionally in previous efforts. In some ways it was pretty taxing, but I'm glad I put it out there.” Pick up your own copy at The Paragon Theatre on Friday, June 5, and there’s a special incentive to buy it in person or via jonepworth.com. Those who purchase it directly also receive “another full album sometime later in the summer when it's finished being mixed,” says Epworth. “It's an album I performed and engineered entirely on my own out in the country a couple of years ago; I'm pretty excited about it, too.” Turn Off Your Name is also available iTunes and emusic.