Joseph Laroche and the Titanic

To date, Joseph Laroche is the only known Black person to die in the catastrophe. 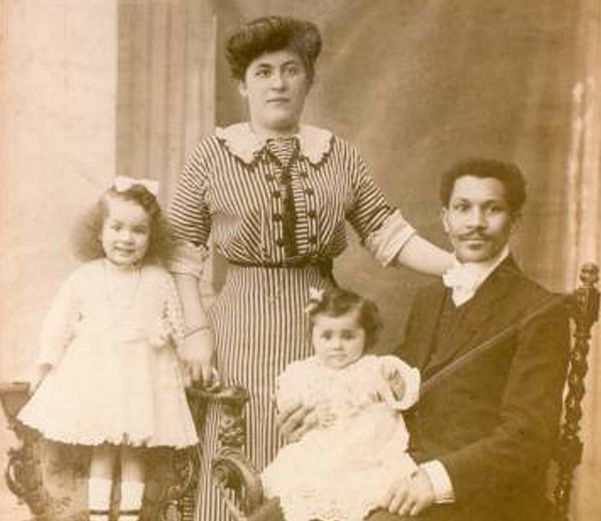 As the final resting place for about 150 people who perished in 15, 1912, sinking of the Titanic, Halifax draws a steady stream of tourists to the local cemeteries where the dead were interred: Mount Olivet Catholic, Baron de Hirsch and Fairview Lawn.

The three graveyards comprise the largest burial ground for Titanic victims on the planet. Saturday marks the 105th anniversary of the tragedy.

At the latter site, the headstones for the Titanic dead (many never identified) stand in an arc of small, grey granite markers that evoke the hull of a ship. During a recent stroll through the cemetery, a passer-by encountered a group of women from Australia who were taking rubbings from the memorial stones.

Self-described “Titanic fanatics,” the women claimed no blood ties to the 700 survivors or 1,500 casualties of the disaster. “We’re just intrigued by the history,” one said.

Many prominent figures drowned when the Titanic, on its maiden voyage, slammed into an iceberg in the North Atlantic. They included British newspaperman W. T. Stead whose 1885 articles on child prostitution garnered him fame as the “father” of modern investigative journalism.

To date, Joseph Laroche is the only known Black person to die in the catastrophe. Born in 1886 to an affluent family in Haiti, Laroche arrived in France, as a teenager, to study engineering. He later married Juliette Lafargue, the daughter of a wine merchant.

By March 1912, the couple had two daughters, Simonne and Louise. With a third child on the way and stymied in his career, Joseph Laroche decided to return to his homeland.

“It was a great disappointment to him that having earned his engineering degree in France he could not find employment there,” writes Judith Gellner in her book, Titanic: Women and Children First (1998).

“No matter how qualified he was, the blackness of his skin kept him from securing a position that paid his worth.”

In Haiti, Laroche’s mother booked passage for him and his family on a ship that was scheduled to sail on April 20, 1912. But having learned that children were not permitted to dine with their parents on the vessel, Laroche exchanged the tickets for a cabin on the Titanic.

“The couple did not want separation at mealtime to upset their daughters,” notes archival documents.

After the iceberg collision, Laroche ensured that his wife and children were among the Titanic passengers transferred to a . Age 26, he remained aboard the sinking ship, never to be seen again.

Madame Laroche and daughters arrived safely in New York City. Disinclined to go on to Haiti, she and the girls returned to France where, in December 1912, she gave birth to a son, Joseph, Jr.

History has yet to reveal if engineer Joseph Laroche is among the unidentified Titanic dead buried in Halifax. But with increasing focus on “Canada 150” events, why not include his narrative in the city’s vaunted Titanic-related tours and exhibits?

An aspiring media professional of Haitian descent, Jennie Cyril, 30, was stunned to learn about Laroche. “I’ve never heard of him,” says Cyril, a student at Nova Scotia Community College. “It’s so interesting that a Haitian was aboard the Titanic. And that he died hoping to build a better life for himself and his family.”