June 5 isn’t a magic reopening day for everyone

Some local restaurants just can’t be profitable at 50 percent capacity.

Today's the day: As of Friday June 5, the Nova Scotia government says COVID-closed industries like bars, restaurant dining rooms and hairdressers are permitted to reopen. Premier Stephen McNeil said this past Wednesday that it’s time to “get our economy moving again.”

But for many restaurants across Nova Scotia, June 5 isn’t an instantaneous reopening day. Some will open in the coming days and weeks. Some never closed, instead staying open for take-out business throughout COVID-19. While others may not be able to invite customers into their dining rooms for many months to come.

“We don’t have any plans to re-open EDNA in the short term,” says Alex Billingsley, co-owner of the Gottingen street brunch and dinner institution. "Right now we would say it would probably be early 2021 when EDNA would re-open."

According to the Restaurant Association of Nova Scotia's guidelines, to reopen on June 5 a restaurant must limit capacity to 50 percent. In EDNA’s cozy, 60-seat dining room, that’s just not possible: “We’ve done hours and hours of debating it and going back and forth and looking at the numbers and it’s just the model that EDNA has, it does rely on people sitting quite close together,” says Billingsley.

Other regulations for the reopening include ensuring employees use separate pens when signing in for their shift, and sanitizing high-touch surfaces. But Billingsley says those are easy to follow in any professional restaurant and don’t affect the bottom line as much as capacity does.

“We rely on times when we are at full capacity,” he says. “That’s what gets us by.”

Billingsley knows the public health restrictions are necessary, but says EDNA is only profitable at around 80 percent capacity. And so, the restaurant will likely stay closed until early next year, or until nearly full capacity is allowed again.

“I think they’ve done a really great job, I agree with it, it’s just I don’t see us being able to operate under it,” he says. “It would just be too large of a loss.” 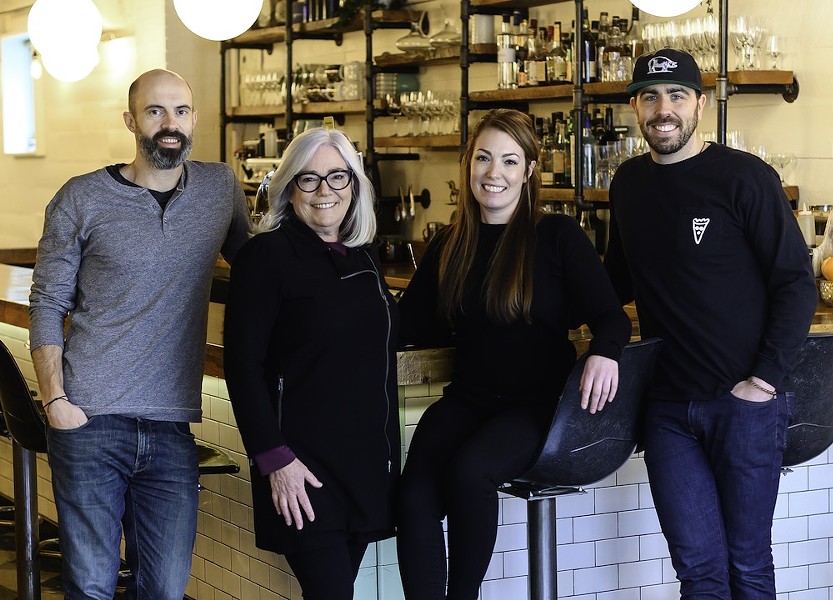 After just purchasing EDNA and its sibling restaurant jane’s next door back in January, Billingsley says he’s facing tough times, but he wouldn’t change it. “It’s about the worst time in history to do something, to buy something like this. But I don’t regret it at all. I love both EDNA and jane’s.”

In the meantime, jane’s next door is selling frozen meals like shepherd’s pie and mac and cheese for delivery and pickup, but with a bare-bones staff.

“We had about 12 or 13 for jane’s, and about 15 people for EDNA,” Billingsley says. “And right now we’re down to four people between the two.”

But while restaurants like EDNA are debating when to reopen, others can’t afford to close. Mary’s African Cuisine on Barrington street has been doing takeout throughout COVID-19.

“No employees, I have to make it all by myself. And sometimes family comes in to help,” says owner Mary Nkrumah. By using a variety of delivery apps—from DoorDash to Uber to FoodHWY (which she says has the cheapest rates)—she’s managed to stay profitable.

“For those I didn’t see come in, I have noticed that you are ordering online and I appreciate that,” Nkrumah says.

Since Mary’s isn’t a member of RANS, which counts 1,500 restaurants across the province in its numbers, Nkrumah hasn’t had any direct communication from the association about what reopening guidelines are. “So far as I know, nobody has talked to me,” she says.

Back during a May 27 press conference, premier Stephen McNeil promised that RANS would spread this messaging to all restaurants, members or not—instead of the government doing so. As public health doctor Robert Strang said: "They are the ones that have brought forward a well-developed proposal and they have been working with all their members."

The restaurant association says it is trying to use social media and email blasts to get the word out about the industry regulations, but has not directly contacted all spaces with a Food Establishment Permit. "We do a daily bulletin, and we have a pretty big subscriber list to that bulletin," says RANS marketing administrator Natasha Chestnut.

Nkrumah has been reading the guidelines online and doesn’t seem concerned about having to follow them, having gotten through the past few months by following a strict cleaning regimen. “I am not worried about it, because even though it was worse I was still opening, so all I will say is people should just be very careful,” she says.

Although she isn’t re-opening her dining room right away on June 5, Nkrumah plans to set up two or three tables—rather than her usual 10—over the coming weeks.

“I will wait a little bit. I will still have take-out for some time, and then I will go back to the sit-in,” she tells The Coast.

Since the reopening was first announced, directives from public health have continued to change. Last week, Strang said groups of 10 would be allowed to dine together in restaurants. But this week he clarified that only family bubbles can sit together.

“We are not yet ready to have people from multiple different households come together and sit at a single table at a restaurant,” he said at the June 3 briefing.

And although restaurants are also allowed to use outdoor seating to increase their space, not many are permitted to do that in HRM. The municipality waived its patio and outdoor cafe permit fees on May 26, which typically range between $250 and $1,000.

But with 14 patio inspectors working on the 52 applications the city has received this year, beside the handful of year-round patios that don't have to be approved, the city says only seven patios have been approved to open by “reopening day.”