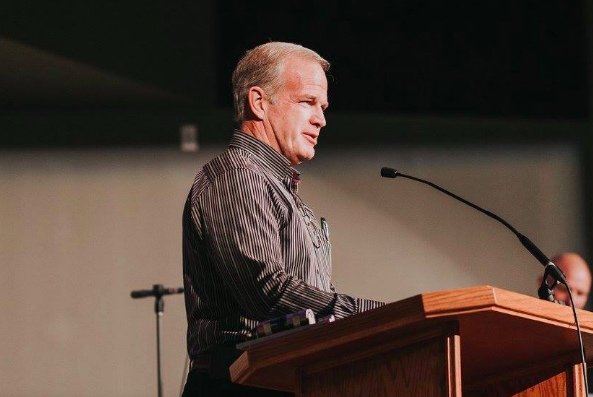 After weeks without comment, Nova Scotia’s justice minister has issued a response to the ongoing prisoner protest at the Central Nova Scotia Correctional Facility.

In an op-ed sent out Thursday afternoon, Mark Furey says that correctional facilities “can be challenging places to live and work,” but that the province is respecting and protecting the rights of those incarcerated.

“Every inmate deserves respect and their human rights protected,” writes Furey. “And we are doing that. They are in custody because they have been charged criminally and the community does not accept the behaviour.”

It’s the first official comment from the justice minister about the inmates inside Central Nova, who three weeks ago joined together in solidarity with prison strikes taking place across the United States.

As part of the non-violent protest, the Burnside inmates also published a list of 10 specific demands about their own inadequate conditions—asking for better health care, improved air circulation, stronger rehabilitation programs and more sanitary living conditions.

Furey’s statement does not specifically address those demands, instead highlighting several efforts Nova Scotia has made over the last year to improve prison conditions. Included in that list is Burnside’s new direct supervision model (which inmates say feature toilets that don’t flush and cells without water), body scanners to reduce contraband (technology that prison staff are untrained to use and for which any inmates who refuse are placed into solitary confinement) and the first-ever inmate services job fair.

“How we treat Nova Scotians who are incarcerated in our jails deserves discussion and debate,” says Furey. “It is also important that the work being done and investments being made to enhance and improve our correctional facilities is highlighted to inform that discussion.”

But El Jones, who has been the public voice advocating for the inmates, says Furey isn't taking any accountability for the “challenges” inside his correctional facility and is ignoring the people who started this “discussion” in the first place.

Furey offers no concrete targets, timetables or changes in policy to improve conditions at Central Nova, she points out, nor does the minister respond to the 10 items listed by the protesting inmates.

“He still hasn’t addressed the fact that people gave him some direct demands saying they had been promised things that would be delivered,” says Jones. “There’s this idea we’re talking about these vague issues of justice. But we’re not. They’ve given us 10 concrete issues that can be addressed.”

The minister does promise in his statement that new programs will be introduced this fall for addiction and emotional management. The province will also be having “conversations” about forming an inmate committee at Central Nova and there will be “improved training and the recruiting of more Indigenous and African Nova Scotian correctional officers to be more reflective of our communities.”

However, hiring more is hardly a solution to the over-incarceration of Black people, says Jones. “That’s actually quite an offensive analogy.”

Acknowledging there are problems inside Nova Scotia's most infamous prison also isn't enough when you're the minister of justice in charge of those facilities, she says.

“You’re the person in power. How does acknowledging it help us?”

The international prison strike is set to end this Sunday, September 9. In the meantime, Jones says the inmates at Central Nova are currently on lockdown. Five prisoners have also filed habeas corpus applications this week with the Supreme Court saying they are being wrongfully held in solitary confinement.

Department of justice spokesperson Sarah Gillis previously told The Coast that Central Nova was “operating as usual” and that “demonstrations or protests of any kind are not taking place.”

The department's official position on the protest’s existence appears to have changed, but according to Gillis, there's still been no direct contact between the minister’s officials and the inmates about any of their concerns.

When asked how prisoners inside Central Nova would be able to read Furey’s statement, given their lack of internet access, or whether copies would be distributed to the inmates, Gillis did not respond.