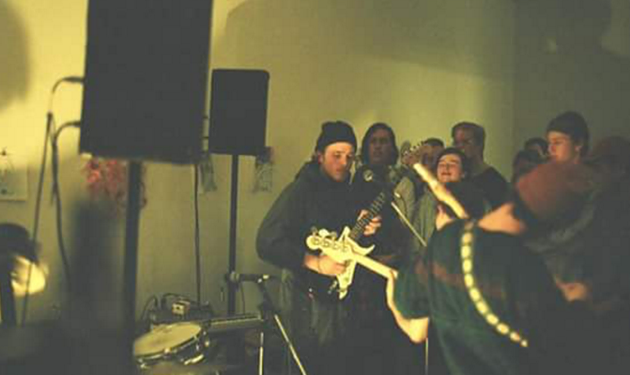 Today for The Scene Blog, I've asked Justin McGrath (Walrus, The Age) to interview Kurt Inder, the frontman of the Halifax pop-noodle band of the same name. Indebted to the lo-fi jazz-jizz sounds of Mac DeMarco and beyond, I first saw Kurt Inder last summer at The Khyber, featuring one of our favourite drummers Bianca Palmer (Vulva Culture) and three boys playing guitars in make-up and Suzy Shier dresses. It felt pretty good. Since then, Kurt Inder has been playing around town and released this really wavy album, Cool Sad Natural, last September. Next week, Kurt Inder heads out on a Quebec/Ontario with Vulva Culture. But first, they play an Inder-suprise tonight with rockers The Age at The King's College Wardroom. 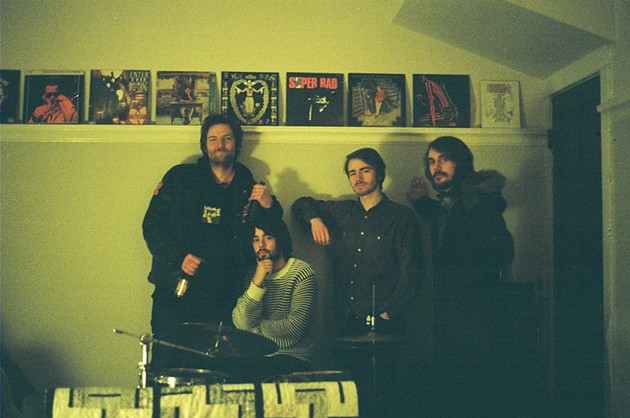 On the same note, the similarly wavy and 60s-inspired classic-sounds of The Age will grace the return of Garrett Mason at The Carleton, and then on Saturday at Jacob's Lounge with The Scoop Outs (see event details below). McGrath, also a guitarist for Walrus and Shadow Folk, says The Age are finishing their new album with Charles Austin at the Echo Chamber, which should be ready soon. In the meantime, he hopes you can make it to a show. New and groovy stuff.


Justin McGrath: Where are you from? How old are you?

When did you start playing music?

Mr. Noodles is nasty as fuck.

Tell me about the new album you're working on ...

The new album is a mess. I have four songs recorded on my iPhone, three recorded on my computer and two on something else. It should be ready by March 27th!

Who are your favourite songwriters?