The Sudbury singer-songwriter wraps up her national tour with Frederick Squire and celebrates her fifth release. 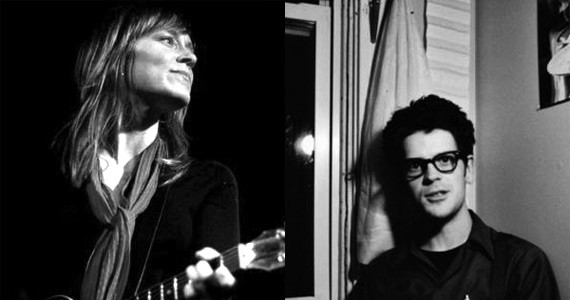 Together, Kate Maki and Frederick Squire might be a lot of things----but quitters they are not. They're rounding off a national tour in support of their new releases as well as their first effort as a duet, Calling It Quits, a seven-inch single that is a beautiful hint of a full-length country album Maki says will follow in "the next year or so." Moonshine, Maki's May release, gives some pretty dark songs a warm treatment, rooted in the recording process. After listening to '50s tunes and the Stand By Me soundtrack she craved intimate basement sessions, with one microphone and a handful of musician friends. The result is a record where the music shines through just as brightly as the atmosphere. "I don't we could have gotten that same sound, or mood, had we been anywhere else on the planet," says Maki. Treat your ears to material from Moonshine and Squire's Frederick Squire Sings Shenandoah and Other Popular Hits this Saturday night.