Head off the beaten tourist path for five great things you might not have done last summer. 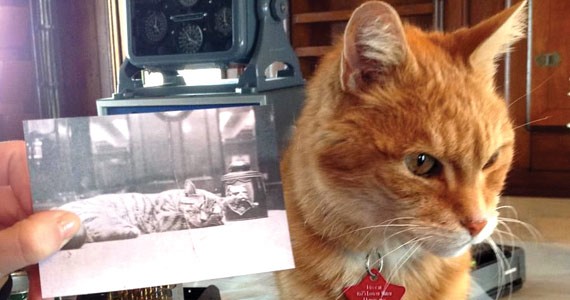 1. Head down to the waterfront and try to find Erik, the Maritime Museum of the Atlantic's mascot and "rodent control officer" for the CSS Acadia. A feisty, red tomcat, Erik spends his days aloofly trotting along the harbour. He's not averse to a little chin scratch, if you do stumble upon him.

2. Fultz House Museum (33 Sackville Drive, 865-3794) is Lower Sackville's oldest house and only museum. More importantly, they host tea parties every week in the summer. The "Tuesday Teas" are $6, but that's a small price to pay for finger sandwiches in Fultz House's backyard garden. Throw on a giant hat and do your best Kate Middleton.

3. Can't beat the heat? Visit Holy Cones, on Flying Cloud Drive in Cole Harbour. The ice cream shop is an offshoot of Saint Vincent De Paul Roman Catholic Church, with proceeds going towards the congregation's youth groups. Grab a couple of scoops of Moon Mist and debate who was the best Pope (Leo XIII).

4. Go camp out on Devil's Island. The largest privately owned island in Halifax Harbour has been deserted for decades. Owner Bill Mont has expressed his openness to visitors camping out on his isle, though you'll have to visit him at his Robie Street antique shop (Bill's Bargain Centre, 3065 Robie Street) to arrange the details.

5. Oaklawn Farm Zoo has a new lion cub! The Aylesford animal sanctuary (1007 Ward Road, 847-9790) is a bit of a drive, but...lion cub! His name is Sterk and he's beautiful. Check out Oaklawn's Facebook page to coordinate your visit around lion feeding times (and also to check out pics of lions, lemurs, donkeys and other babies).