New music: With a debut LP out, this "side player's" transition to solo artist has been slow and intimidating. 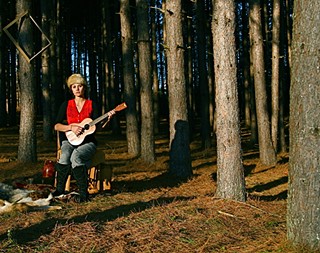 Kelly Sloan calls her debut LP, Always Changes, an accident. Released in March, the alt-country indie-pop collection was inspired by her roommates, Dale and Brian Murray, who encouraged the Ottawa Valley transplant to write a song for them to produce.

"They kept coming and they sounded good and then I had nine or 10," says Sloan of the songs. "We put all this work into it...I'd be a big dick if I didn't do something with it."

Sloan was used to being a side player---the transition to solo artist has been slow and intimidating.

"I grew up competing in opera and classical, and that stuff was absolutely horrifying---they absolutely rip you apart," she says. "Going to back-up singing was a good transition. Being a solo artist, and back front stage and centre...it's getting a lot easier. All that preparation with competing really helped. I can get into that zone onstage. But it's scary---I'd rather people look at someone else."

Kelly Sloan appears June 13 at The Carleton and June 27 at The Chatterbox in Pugwash.