The bass-dropping DJ is making EDM more inclusive, one dance floor at a time. 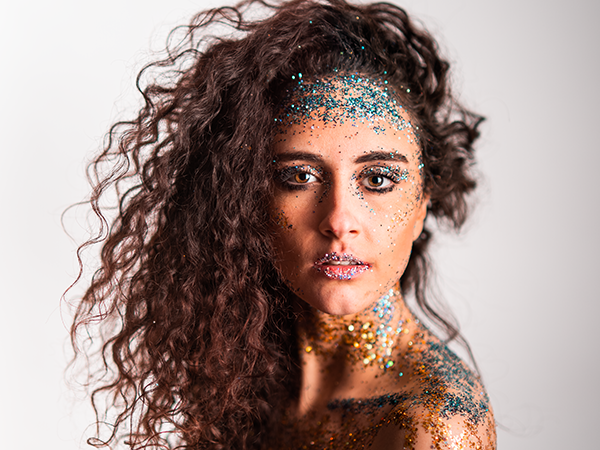 When Kennedy Crossland went to a music festival for the first time—at Evolve, the club kid destination for an EDM slant on the festival experience—she expected to fall deeper in love with electronic music. What she didn't expect? To have a seed of activism planted in her head atop a hill of dropping bass lines. "I was like, where are the girls? Why are there no girls?" she recalls, sitting at a corner cafe table in early December. "And it was almost like an epiphany to me—being like, alright, let's do this."

When she got home, the DJ—whose love of music saw her in dance, band and music lessons since a young age—decided to level up, going from making beats in her bedroom to performing at festivals and in clubs across the maritimes. She is now, as she puts it, "The only female full-time DJ in Halifax."

Weaving snippets of trad and folk music into her hip hop-soaked soundscapes, and often sporting wild costumes onstage (her trademark? An oversized gas mask and even larger hair), Crossland—who performs and releases music under the name Kenni G— represents a shift in the city's club scene, starting conversations both on stage and on social media about inclusivity and diversity. "You do feel a little bit like an outsider because you're not exactly what a DJ is thought of—when I ask someone what they think of when I say 'DJ' and they say 'he,'" Crossland adds. She says she advocates for things that are slowly becoming more standard in other genres: Headlining slots for women, having show bills and festival lineups that reach closer to gender parity and making sure women's sets are the same length as men's.

Working with other women around the city and the province, Crossland wants it known she doesn't think she's the first or even the best woman DJ. At one point, sitting at that cafe table, she stops the interview to list local women in the EDM scene who have been collaborators and inspirations, calling each a "legend" or an "icon" or both. (That list includes EDM artists and DJs like Naussika, Lyra, Lizzo—no, not the one who sings "Truth Hurts"—, Shoons, Techno Nanny, Terraform, Chef K, Ou lala and, of course, club staple KittyBass.)

KittyBass and Kenni G have released tracks together, too, with Crossland adding, "My highlight of 2019 was becoming friends with KittyBass."

She and KittyBass have also started what Crossland calls "goddess groups"—private Facebook events that see the pair teaching other women and femmes how to DJ and make their own beats: "We want it to be femme and we want it to be a safe space and that's what it is, because there are issues, there are things going on and I feel there are women who deserve to get a lot more credit in music than what they're getting," Crossland says.

"Every single show I do now, I play a song shouting out women and I put it down like 'this one goes out to the girls' and talk about it real quick," Crossland says. "And then 'Run The World' by Beyonce plays a lot—and they love it, the girls go off. It's great. I feel women deserve to have the confidence anyone has, any man has. It's getting women into management, women into science, women into entrepreneurship—and that's technically what I'm doing, even though it's on the music side. Let's just make sure women feel they can do it too."