With the debut LP King, Beals cements his legacy as one North Preston's most luminous R&B stars.

Keonté Beals, the soft-spoken R&B luminary of North Preston, had had a hard night. There was a disagreement with his significant other and a (rare) drink to ease the pain. Then, hungover from the night before, Beals went to his studio and picked up a notebook and pen. With the lights off, headphones on and silence all around, he went on to record “Vodka X Me”—his personal favourite from his new, debut LP, King.

The track not only takes the award for his best song, but also doubles as the most challenging to write: “It was just a little too, I guess I’ll say soft for that time—for what I was feeling,” the singer, songwriter and newly minted producer says, speaking by phone. After three attempts at writing the lyrics, he came up with the ones that fit:

“Um ain't gon' make it more hard for you

Go head and do what you wanna do

I'll be posted up

Drinking and not thinking none of you

Got me swaying in motion with somebody new

Liquor influencing my actions too

Take me to places that I never knew

You got me fucked up in a whole mood”

This summer, Beals ended a three-year sonic drought by releasing the self-produced King—his first set of songs since his critically lauded debut EP, Keonté. The new, nine-track offering is an album that touches on his experiences as a young, Black man in his early 20s, with themes ranging from romance to hookups to mental health. “It’s been so long since I released anything. I wanted it to be authentic and I wanted it to be real,” he says.

He had only just gotten back home from grocery shopping one day last year when he got behind his keyboard and pulled out his notepad. He knew he wanted to write that day, but did not know what. Then, he struck two chords that he kept playing over and over. He describes them as “so simple but it was something about it that was just hauntingly beautiful to me.”

Next came the flow of the soul-stirring song: “And then the words just started to flow one by one, literally,” he recalls. In under 20 minutes, he had written a song so standout, the whole album hangs around it, in name and theme.

Like King the album, this song talks about different aspects of his life as a Black man: “That’s with mental health, that’s with love, that’s with triumph, lust,” he says. “Listening to ‘King’ after I wrote it, it was like this really embodies my whole experience.”

The album also has great features from Moonwalka (on the reggae-shaded “Let Go”) and D.O Gibson on the Usher-feeling “Love Overboard.” Beals wrote all the songs in his album and co-wrote “Know Better” with Chris Kirby.

He owes his musical influences to Elijah Blake and Ledisi’s authentic styles of R&B. He says they shaped the way he writes his music: “I can remember in 2017, 2018, just listening to their albums.”

Growing up in the church also has an influence on Beals’s style of music. “A lot of my influence came from watching soloists in the choir sing and just the emotion they were able to bring forth.” In “King,” Beals shows us his church boy side in his lyrics.

“I would definitely say I’m a spiritual person,” he says. “Go to church and make it work no matter how you feel/Disagree with what they say oh well it’s just the deal,” he sings on the track, a smooth snap to his voice that’ll have your head doing the same.

In making King, Beals wanted to be in control, hence the wait to release it. He just wanted to get it right. “And for over those last three years, I couldn’t really seem to get, I guess, somebody who could deliver the sound that I felt and I heard in my head,” he says.

He says younger artists are usually controlled like puppets and are told what to sound like and what to look like. “Not realizing that I’m the one who actually introduces my sound and what it is,” he says. “And so for me, it was just about finding who I am as an artist.”

Part of that discovery process lies in his confessional lyrics—and another in his choice to self-produce King to make sure the only sonic fingerprints to be found on the record were his own. (In an even further move of self-mastery that belies Beals’s young age, he also runs his own entertainment company, K Beals Entertainment.) 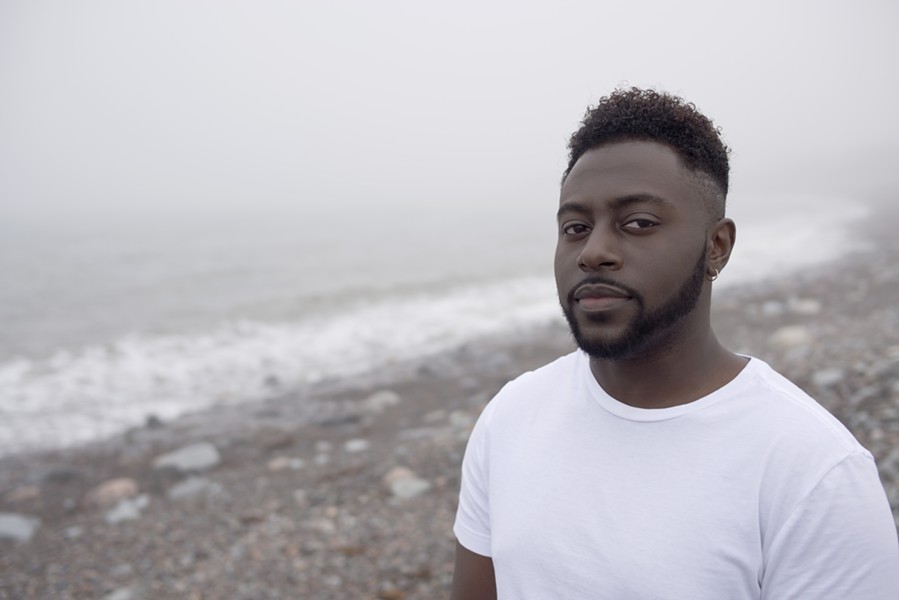 From releasing his 2017 EP till now, Beals recognizes how much he has grown as a musician. “The soul is still there and the authenticity is still there but it didn’t have the feeling that I have with this project,” he says. “It definitely sounds nothing like what I thought it would, but it sounds everything like what it should sound like.”

Instead of shying away from certain topics, he was able to freely talk about situations that “maybe could be embarrassing”—like in “Know Better,” where he sings about his lover hooking up with his best friend.

Beals had a lot of fun putting his talent on display in this album. “Mixing is really fun too. Just being able to create that world after recording and after the process of the instrument,” he says. “That’s probably my favourite part: Bringing it all to life.”

Beals performs with the panache of Michael Jackson, sings and writes with the clarity of Tamar Braxton and carries comparisons to Elijah Blake for his writing and vocals. (R&B fans will know these are top tier compliments. They’ll also know that Beals’s work holds up to the high praise.)

Beals, meanwhile, just hopes his music brings healing to people who have experienced similar situations with him. “I just hope that they can kind of grasp that and notice my authenticity and my vulnerability and hopefully appreciate that.”

This album is a dream come true for the 23-year-old musician: “I couldn’t be more happier. Honestly, I couldn’t be.”