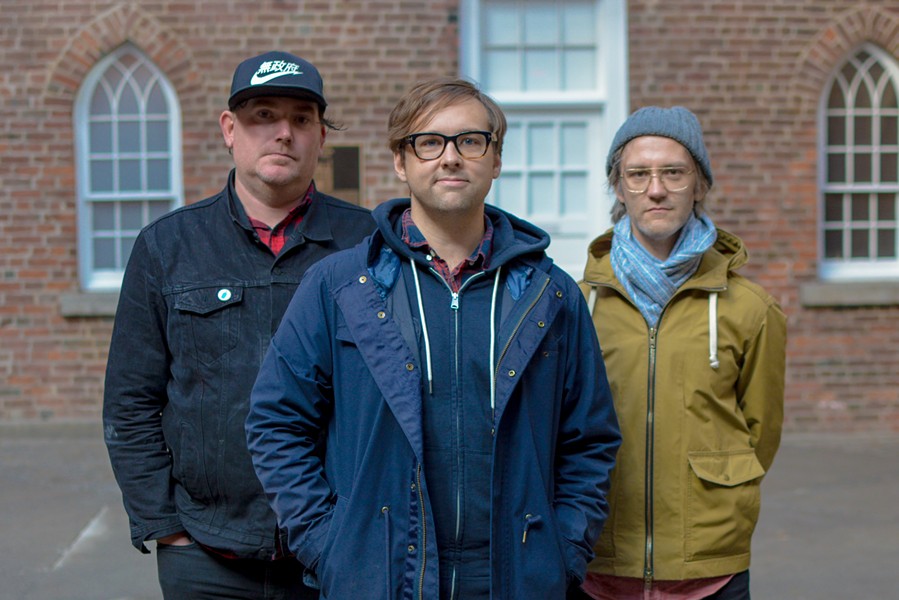 The year 2017 was a bit on all sides for Kestrels' songwriter Chad Peck, as a long-term relationship and his band dissolved simultaneously. A destabilizing summer followed while house sitting for a friend in Brooklyn—a friend that's also Ash frontperson, Tim Wheeler.

“We had some good press. We got written up in all these cool places then just stopped playing shows,” says Peck, describing the momentum right before the crash. “And at the same time all the turmoil in my personal life was probably at its highest point. After eight years in this band I was thinking: Do I even want to do this anymore?”

That summer, Peck realized that he had the rare opportunity for a fresh start. He wrote “It’s a Secret” and “Feels Like the End” on Wheeler’s couch, pulling together progressions and sifting for the perfect words. He felt his passion reignite, and Dream or Don’t Dream—the 10-track album a new Kestrels dropped earlier this summer—began coming together.

“That’s when I felt the record took off. We booked the session in Chicago, like three weeks after I finished writing those songs, which is the first time it’s ever been that quick.”

Recording at Electric Audio in Chicago inspired Peck to finish writing and tracking the rest of the record. He recorded at Sonelab In East Hampton, MA, Sonic Temple in Halifax and did some work from his home studio.

“It was a kind of scattershot in a way, but made for a cool listening experience. I think you can hear the different studios, but it doesn’t sound disjointed. It sounds more engaging. It feels more free.”

The album’s first single, “Grey and Blue," features a guitar solo from one of Peck’s personal heroes: J Mascis of Dinosaur Jr. The feature is impressive, but is not something Peck could have imagined writing from that Brooklyn couch.

In 2016,  Kestrels opened for Dinosaur Jr. at a secret bike shop show in Mascis’ hometown of Amherst, Massachusetts. (At that time, Peck's band was soaring on the '90s-soaked sound of its self-titled sophomore LP, which had been getting nods from the likes of BrooklynVegan and BBC Radio.) After the show, he met Sonelab engineer Justin Pizzoferrato, as well as Luisa Mascis, J’s wife. Luisa and Peck followed each other on Instagram and kept in touch.

While he was in town recording at Sonelab, Luisa invited Peck to come to her and J’s home, where he casually hung out with indie rock royalty.

“We sat around for maybe an hour just talking at his [J’s] kitchen table and he kept bringing me guitars to play,” says Peck, “It was such a surreal experience.”

He was in the studio that evening when Pizzoferrato suggested that J play on “Grey and Blue.” They sent J an email. Peck was boarding a plane back to Halifax when J responded, agreeing to play on the track.

“Being from the east coast, you just sort of assume you’re in a bubble and these people are so far away and out of reach. I’m just shocked that he did it,” the fuzz rocker recalls.

Dream or Don’t Dream is an ear-bleeding pop record stitched together with sincerity and a healthy dose of '90s indie rock. (Sloan fans, form an orderly queue.)  It is part tragic, part optimistic and a representation of resurrection in both its sound and creation.