Word Smith: As filmmaker Kevin Smith appears in Halifax this week, Matthew Ritchie explores why the Clerks director is leaving the camera behind 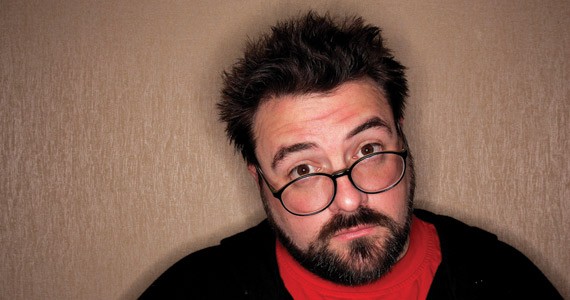 In the end of Kevin Smith's stoner comedy Jay and Silent Bob Strike Back, Silent Bob (Smith) and Jay (Jason Mewes) use royalty money from one of their movies to travel around America, beating up online critics who posted negative comments about their movie.

It was pretty silly to watch in 2001, but even weirder considering that 10 years later, Smith is answering critics from his own home through the use of Twitter, podcasting and a recently launched (with longtime producer Scott Mosier) online radio station called SModcast Internet Radio.

So at a time when he's never been more inaccessible to the mainstream media, Smith is providing fans unlimited access to his words.

Smith gained a cult following in the early '90s after releasing Clerks, a film financed for $27,000 and shot after Smith dropped out of the Vancouver Film School. After being picked up by Miramax, Smith made some of the most important comedies of the decade with Mallrats, Dogma and Chasing Amy.

But the next decade wasn't so kind to the New Jersey filmmaker, and after releasing a series of box office flops (Jersey Girl, the underappreciated Clerks II), he says he's tired of telling stories through the medium of film.

Last year the collective mainstream media took a shit on Kevin Smith. He was booted off a Southwest Airlines flight for apparently being "too fat," which led to a smear campaign of the director with weight jokes reminiscent of a high school bully. His action comedy Cop Out---he directed but didn't write---was released a few days later to widespread panning, which Smith would later compare to someone picking on a mentally handicapped child.

But throughout all this turmoil, Smith took to Twitter and began podcasting like never before. Hours after the Southwest incident, Smith recorded a podcast, with his wife Jennifer Schwalbach, to tell his side of the story before many tabloids picked up on the news. He began openly discussing the failure of Cop Out at live Q&As.

He released Red State in mid-October--- self-financed, in part marketed through his use of social media---and is planning to retire from filmmaking after his two-part hockey drama, Hit Somebody, checks into theatres in 2012.

It's not hard to see why Smith is throwing in the gloves rather than dropping them and putting up his fists. Even though stylistic left-turn Red State---a thriller now on DVD---is his best effort in years, his early work will always garner the most attention. (And even they were magnets for controversy, including Catholic groups protesting the release of Dogma.) And although his directing career may be ending, his weekly podcasts offer fans more laughs than a new Jay and Silent Bob movie ever could, while avoiding the grief of a full-length feature.

"Even the people who hate the fucking movies will be the first to say, 'He's great in Q&A.' So I'd rather go there, where there is no fucking criticism," he says in the May 12 issue of Rolling Stone. "If I make films, they can judge me against every better filmmaker on the planet--- and that's almost everybody. But if I stand there and be Kevin Smith, they can't judge me against anybody else."

The best part of his films was always the dialogue, anyway.