But the preservation society trying to save the site says it needs to own the building before anyone can ask for other government funding. 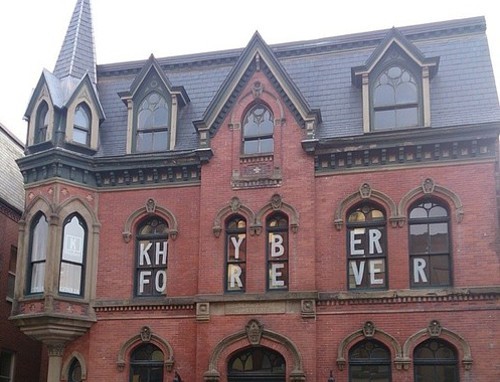 The fight for the former Khyber building continues next week at City Hall.

The 1588 Barrington Street Building Preservation Society is urging Halifax Regional Council to push forward with the sale of the former Khyber building, despite a staff recommendation to the process out a little longer.

This Tuesday’s Regional Council meeting will consider a motion to hold off on selling the historic Barrington Street property to the 1588 Society—a not-for-profit organization hoping to preserve and restore the building—until HRM receives some assurance that the society’s secured external funding.

The Society put forward a proposal to purchase the empty building in May 2017, with the aim to preserve as much of the exterior and heritage interior of the building as possible. It’s also hoped the former Khyber can be brought back as a performing arts space and cultural hub for the downtown.

The city’s motion, deferred from back in December, mandates the 1588 Society provide all the necessary funding assurances for its proposal by October 2018, along with updated information on fire escapes, the organization’s operating budgets and public fundraising plans. Only when those materials are submitted will staff then prepare a supplementary report on whether should move forward with selling the building.

City staff have called 127-year-old heritage building the second-worst condition structure in HRM’s property portfolio. Initial repair estimates to bring the site up to code were priced at $4 million, which is one reason staff tried to sell the property off as surplus back in 2014. Public outcry caused council instead to pledge to work with the “friends of the Khyber” on a financially viable formula to save the decaying structure.

Now, in the interest of time, the society has sent the municipality a letter attempting to answer the questions brought forward in Tuesday’s staff motion. Davidson says the hope is that the sale process can come about a little faster.

“What it seems is that city staff is excited enough about our proposal to want to move forward with our group, but it’s looking for extra assurances,” says Davidson.

“So what we’re hoping is that council can kind of find an alternate way to make sure that those assurances are in place while still moving forward towards an agreement of purchase and sale with our group.”