Halifax strikers will take to the streets on Friday September 27, will you join them? 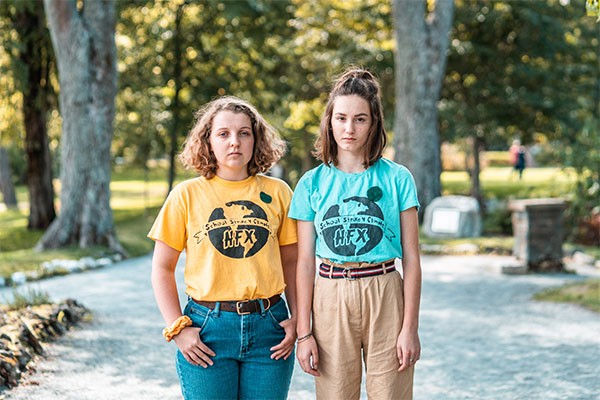 No one who understands science questions whether humans are causing the climate to change to our detriment, mostly by burning fossil fuels. The evidence is indisputable. It’s been verified and accepted by every reputable scientific institution in the world, and by almost every government except the current, fact-averse US administration.

The only real debate is about how best to address it. Do we need mitigation or adaptation? Is a carbon tax or cap-and-trade more effective? Should we reform agricultural practices?

The truth is that we need to deploy every available solution quickly and keep developing new ones. Thanks largely to efforts by the fossil fuel industry and its supporters in media, governments and the public to sow doubt and confusion for decades about the overwhelming scientific evidence, we’ve stalled so much that addressing the crisis gets harder daily, especially because carbon dioxide and other greenhouse gases remain in the atmosphere for many years, and will continue to alter the climate even after we slow or halt emissions—if we do.

Many young people understand what their elders have failed to grasp: we’re jeopardizing their futures.

Because adults aren’t acting quickly enough to solve the crisis, despite the abundance of solutions, young people are stepping up and speaking out in many ways and places.

The #FridaysForFuture climate strikes have grown into a worldwide movement since then 15-year-old student Greta Thunberg began her solitary strike outside Sweden’s parliament a year ago.

Youth are asking everyone to join the strikes and activities. The main Canadian strikes are on September 27, but you can find when and where they’ll be in your area at globalclimatestrike.net. According to 350.org, more than 2,500 strikes have been registered in 117 countries. Halifax will be striking on Friday September 27 meeting at 11am at Victoria Park (between South Park Street, University Ave, Cathedral Lane and Spring Garden Road.)

Although skipping work or school to march in the streets may be out of some people’s comfort zones, the strikes offer an important opportunity to let decision-makers know that we, the people, want action. [Dalhousie University has granted academic amnesty to students for the day.]

Among other things, climate strikers are asking for a rapid shift from fossil fuel energy to renewables; respect for Indigenous land, sovereignty and treaties; environmental justice that includes supporting those most affected by pollution and poverty; protecting and restoring biodiversity and habitat; and moving toward sustainable or regenerative agriculture.

As adults, we owe it to the youth and those not yet born to do everything in our power to ensure they have a livable future, with clean air, drinkable water, healthy food, biodiverse life and a stable climate. Dropping what you’re doing for one or more days to get out and march may not sound like much, but the more people show up, the louder the message to governments, media, industry and society.

Many of us grew up in times and places when we didn’t fully realize that our postwar shift to consumerism as economic policy was depleting Earth’s resources and throwing natural systems and cycles, including the carbon cycle, out of balance. We maybe had an inkling that some wealth in the developed world came at the expense of people in poorer nations, but we didn’t consider that driving around in large vehicles and burning gas were doing much more than causing some pollution, easily resolved by removing lead from gas and making fuel-efficient cars.

Now we’ve known for decades where the planet is headed if we continue with business as usual, and it’s not a human-friendly place.

Let’s all get out there to demand action—and show the kids we care!