An engrossing tale of greed and instability, just in time for the holidays 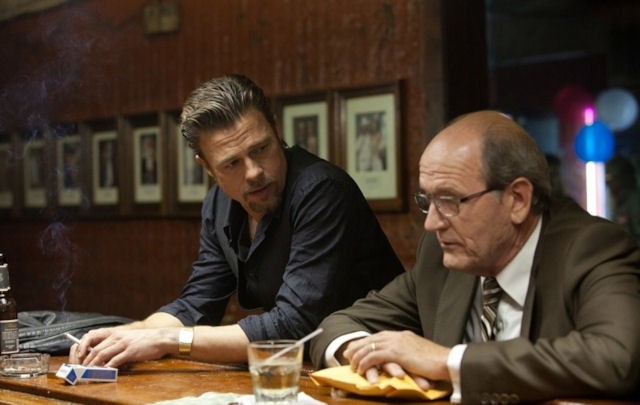 Brad Pitt is all business in the luridly entertaining Killing Them Softly. Loosely adapted from the novel Cogan's Trade, the film finds wise gang enforcer Pitt trying to clean up the ever-widening mess made when two no-name junkies stick up the wrong back room card game. Director Andrew Dominik, who previously collaborated with Pitt on the astoundingly underrated The Assassination of Jesse James by the Coward Robert Ford, offers up some equally engrossing visuals to go with the movie's themes of greed and instability. That everything is narrated by presidential speeches from the 2008 financial crisis elevates matters to a blunter, but no less meaningful point. Featuring several sustained, unapologetic scenes of violence (plus a dizzying supporting role from James Gandolfini that will probably win some award or another) Killing Them Softly can't promise a resolution you'll enjoy. But, hey, that's life.