Eerie and honest come together at the Paragon Theatre 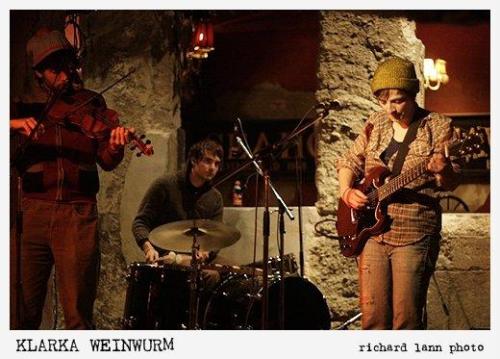 My vote for Halifax’s own Piaf-style little sparrow is Toronto transplant Klarka Weinwurm. Six of Weinwurm’s quiet and revealing songs are being set free to soar on your stereo via her self-titled EP release show on May 20 at the Paragon Theatre with Ruth Minnikin and Jon Mckiel. “I recorded the album in my home which is also where Colin Crowell holds his studio,” says Weinwurm. “Although, at the time I lived down the street and there were a bunch of cats living over here.” Weinwurm’s spooky (in a good way) singing style can also be heard with locals Bloodsport, where her voice combines well with their Sonic Youth-style sound. Weinwurm’s solo stuff is a little quieter, however. “I would describe my sound as a combination of eerie, melodic, honest, expressive and sometimes bright. I've always been influenced by Paul Simon and Bright Eyes who I think are some of the most honest story tellers out there and are usually my first choice during rough times,” says Weinwurm. “Some things I am inspired by are simple, like animals, nature, travel. Other times I write about what bothers me, the evil things we do to ourselves, each other, this world. And then—-of course—-relationships and love. Most of my songs are not a story from start to end, or one big message, they are more pieces of ideas or moments that somehow fit together for whoever to interpret. Sometimes I'll get into this mode or trance where I finish the song and wonder how the hell those words got on that paper and make so much sense.” Catch Weinwurm this Wednesday before she begins her extensive Canadian tours. “We are planning an across Canada tour in October with Jon Mckiel and Acres and Acres. In the meantime I will be joining other Halifax artists at the Full Circle Festival this summer and heading to Newfoundland to play with the Jon Mckiel band.”