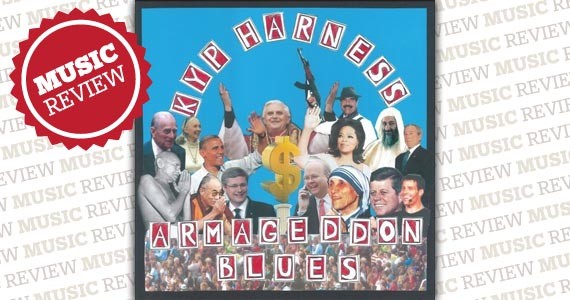 With the Dinner is Ruined Band, Canada’s most disturbed singer-songwriter has extra propulsion behind his missives. Armageddon Blues may be his angriest, most political set, following up a bracing 2012 rant, “Lucky For You.” One can imagine Harness doing research on Toronto’s Bay Street, getting steamed at the smug suits and speculators, then writing it all down. “They’re traitors to the human race, an evolutionary disgrace,” he sings on “Low Dishonourable Men.” The Black Donnelly murders of 1880 rate a seven-minute recounting, dimmed by an uncharacteristically bland chorus, “It was bad. It was sad.” Perhaps he needs an editor, but not a voice coach. Such rawness can’t be invented.