Plans and periods coming up for the gang

By Liz Johnston and Griffin McInnes 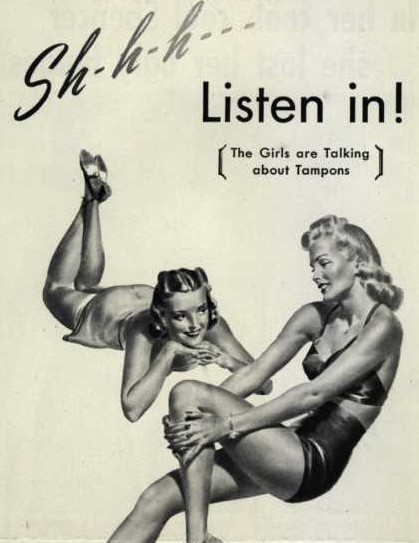 Rappin' 'bout flows
Making theatre is a lot like menstruation.

Let us explain what we mean:

Yes, that is our regular Tuesday night; yes, our drinking is how every blog post will begin; and yes, we’re ashamed of all of the above.

We were meeting with a group of young actors and comedians about an upcoming sketch show (more on this below) which will have childhood as its theme. What better way, we figured, to get the creative juices flowing than telling funny stories about kids. We talked about school, parents, siblings, and giant naked Jamaican priests.

Our own Liz Johnston told the following story. When she was younger, just on the cusp of puberty, her mother sat her down and told her about menstruation. Liz listened intently and when the talk was over she figured she had a pretty good handle what was coming. It was no big deal. She could handle it.

Liz was quite young for her “coming of age”, and as she stood in the bathroom familiarizing herself with the many sanitary products laid out before her, her mother stood just outside the door offering her full support. At the end of the ordeal Liz sighed and looked meaningfully into the mirror. “Well… I guess I can expect to go through all of this again next year.” There was a pause, followed by a burst of raucous laughter from the other side of the door.

We haven’t posted the past few weeks because, like 11 year-old Liz, we’ve been dealing with a flood of new ideas, new projects, and new blood. We’ve been working to develop a comedy/sketch night---securing rights, spaces and funding, not to mention rehearsing. All this to say that August 3-5 is gonna feature some exciting new sketch comedy and the first-ever production (other than by the playwright herself) of My Boyfriend’s Back and There’s Going To Be Laundry by Toronto comedienne Sandra Shamas.

Of course, like for 11 year-old Liz, the process is a learning experience. And that’s a good thing. We’ve recently come out of working with the King’s Theatrical Society (KTS), which prides itself on its DIY attitude. While we both have formal training, the KTS is a community where anything goes, as long as you’re willing to put in the time to teach yourself, teach others and improve the space.

That attitude has served us well so far, and can definitely be found in pockets of Halifax theatre. One of our first steps has been to secure a space at the Bus Stop Theatre. Clare Waqué (herself a KTS alum), owner of the little black box studio on Gottingen, is working hard to keep that community spirit alive. She sees the Bus Stop as a place where committed artists can communally work together to improve the space and their art. And from the number of small, driven theatre companies putting up shows at the Bus Stop, it seems to be working.

Maybe being a little green around the edges isn’t a bad thing, we figure. So check back here often as we work hard to go from being pimply, awkward, and pre-pubescent to a full-grown, confident, buxom woman. Ahem---theatre company. And besides, a little immaturity never hurt anyone. In fact, it’s sort of our M.O.

For more on the Bus Stop: http://www.thebusstoptheatre.org/