The East Coast Improv Festival makes it up as they go 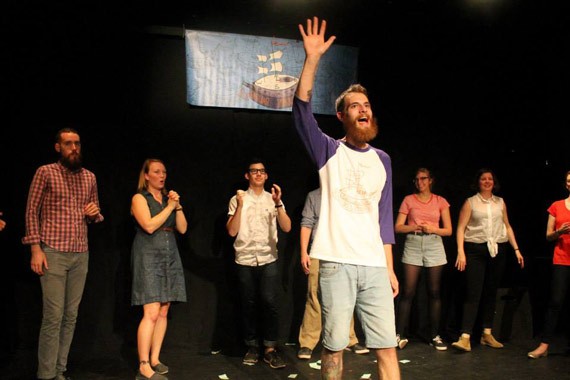 Plenty of great comedy has come out of Halifax over the past few years—and much of it has come and gone, to Toronto and other funnier pastures.  That's one of the reasons local improv company Make 'Em Ups started Halifax's first improv festival last summer, hoping to give local performers more opportunities in the city.

Halifax performance opportunities are one of MeU's main goals as a company; they also organize monthly shows. The company was only a year old when the first East Coast Improv Festival was organized last summer, and they were overwhelmed by the response they received in out-of-town submissions for that festival, organizer Stephny Hunter says.

This year, though, they're striving to focus on local talent, with an all-local show Sunday that includes an "all-star mix around." Saturday's first show is headlined by gone-to-away Maritimers Mark Little and Justin Collette, along with the MeU team, while the late show features many locals in a special presentation of MeU's regular shortform competition, Rumble Royale. Most of the shows will feature group and team sets.

The festival dates have been cut short from last year's festival and the originally planned dates because two MeU members just had a baby, Hunter explains, and rather than cancelling the festival altogether, they decided to downsize it.

Improv comedy hasn't always had the greatest reputation, Hunter notes, so with that in mind, the East Coast Improv Festival is "bringing faces people want to see to Halifax and showing how funny people can be."