Replacement workers expected to stay on at SaltWire, while Local Xpress will be exterminated. 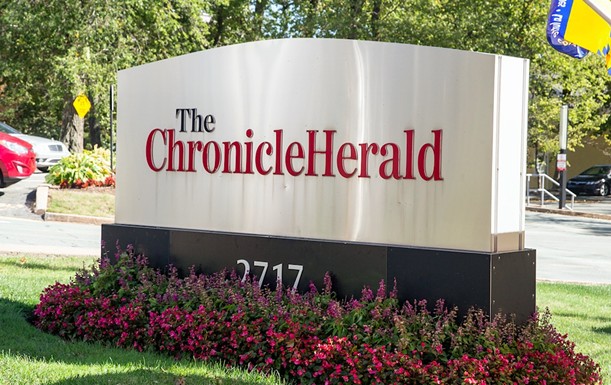 The Chronicle Herald strike could soon be over, but not everyone is celebrating.

Roughly half of the Halifax Typographical Union will see their jobs evaporate, even if members approve a tentative agreement that will increase work hours and cut wages.

The deal in question was brokered by lawyer William Kaplan this past weekend, after two days of provincially ordered mediation to try and end the labour stalemate that's afflicted Nova Scotia’s paper of record for the last 19 months.

While a media blackout prevents the Herald and HTU from detailing the tentative agreement until it’s ratified, several sources with knowledge of the deal confirm at least 26 positions will be eliminated through layoffs and buyouts.

The proposed eight-year agreement also includes a five percent wage cut, an increase in the work week from 35 to 37.5 hours and a promise of no additional layoffs for the next two years.

SaltWire president Mark Lever and Herald chief operating officer Ian Scott did not respond to requests for comment. Halifax Typographical Union president Ingrid Bulmer wouldn’t speak about the new contract’s specifics but did say the newsroom will be shrinking.

“I can tell you that not everybody’s going back.”

The company originally sent out, then suspended, 18 layoff notices at the start of the strike in January 2016. Another eight names were added to that list four months later.

Only 53 union members remain out of the 61 reporters, photographers, editors and support staff who walked the picket line over the last year-and-a-half. Those 53 are down from 83 newsroom employees in 2014. With the anticipated layoffs from this new contract, the HTU will have lost nearly 70 percent of its membership in just three years.

Exactly who will be going back to work, and where they’ll be headed, is still being decided. Buyout offers will need to be brought to the impacted union members. Others might opt to move on to new opportunities rather than head back to a workplace they no longer feel is welcoming. Both sides are meeting Wednesday afternoon to discuss back-to-work logistics, as well as how to mend fences.

“I can’t imagine it’s going to be as simple as throwing your arms open and welcoming them back,” says Bulmer.

Meanwhile, the few remaining replacement workers still left writing copy for the Herald will apparently be transitioned to non-union roles in the expanded SaltWire network.

Speaking on condition of anonymity, one current worker said they expect job duties to largely remain the same even if the strike ends. Managers at the paper had previously told replacement journalists they wouldn’t be fired or laid off if the HTU returned.

The union’s position has always been that any collective agreement was dependent on the scab writers being shown the newsroom's door. Bulmer says that view hasn’t changed.

“That probably wouldn’t be a wise decision by the company to have them working side-by-side with us,” she says. “Morale’s going to be tough going back as it is, and then to have to play nice to a scab—or strikebreaker, whatever you want to call them—I don’t see that going over very well.”

The end of the strike also means the end of Local Xpress. The digital news service—which the union created over a year ago as an outlet for its writers—will be taken offline should the deal be ratified.

“We’ve always said that it was going to close down,” says Bulmer.

The paper will also move forward with its plans to transfer page layout and design work to a new non-union “hub,” which will also handle some editorial duties for magazines and weekly papers.

Similar “hubs” are in use by other newspaper chains like Brunswick News and Postmedia. But moving newsroom work away from the HTU had some labour advocates during the strike accusing the paper’s management of union-busting.

Despite the concessions, sources in the union say the proposal is about as good as can be expected. Not everyone’s happy, they say, but there’s a sense of relief that a 565-day strike could be over this weekend.

“It’s a relief in that the uncertainty will end soon,” says one HTU member. “I would like to go back to work. Being on strike sucks.”

A vote on the tentative agreement will take place Thursday afternoon.