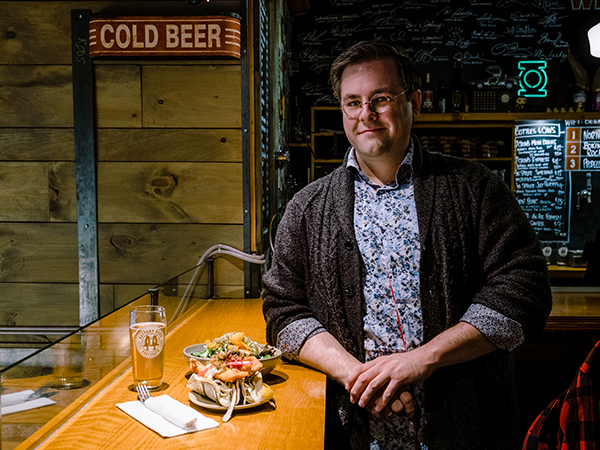 If your favourite beer could tell a story, what would it be? Roger Mittag, the creator of Prud'homme Beer Certification, believes that everything done in the beer industry is about storytelling. "Beer goes back many, many thousands of years, and gives us a tremendous amount of history and adds to conversation," he says. "Beer is one of those things, whether you're young or you're old, that stimulates good conversation and friendship."

Mittag is partnering with Nova Scotia Community College's Akerley Campus to offer a three-week course offering Level 1 certification (there are four levels in total). The introductory course in beer education covers the history of beer, tasting concepts, food pairing and the basics of the brewing processes.

The course begins March 31 and runs until April 21. Not eligible for NSCC credit, it is open to the public.

Last year, a pilot project sponsored by the Craft Brewers Association in Nova Scotia trained 18 people through to level three. One of those 18 was Steven Heisler, Big Spruce's brewing ambassador, and now, the teacher of the introductory course.

"When I heard that they were looking for someone to teach this program, I thought I would be a good fit," he says. "I really appreciate the community that's come together from beer...[it's] a really old and a really down-to-earth beverage that really brings people together. There's no pretense about it."

Level 1 helps to build a foundation of understanding beer, and growing one's appreciation for the drink—without being snobby about it. "The whole idea of the program is that its approachable, it's understandable. It's not meant to be pretentious in any way," says Andrew Stevens, academic chair for Business and Creative Industries at NSCC.

The class might start with a full glass, but it doesn't empty until learning about the before, during and after of drinking it. (Of course, nobody is required to consume the tastings offered during the course. The pouring is controlled, and is kept within limits.)

"The craft beer community in Nova Scotia is a very welcoming and open place," says Heisler, who says his love of a good drink is connected with the community that enjoys it. Because, what good is storytelling if there's no one to share it with?

The course costs $402.50, and more information is available at nscc.ca, under "programs and courses."