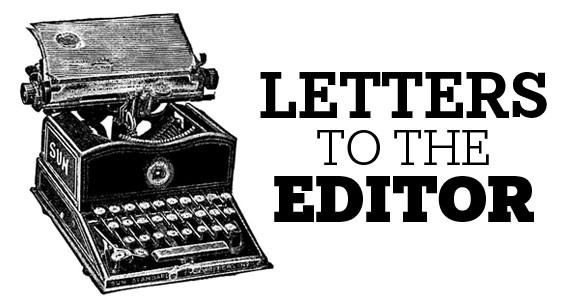 To The Right Honourable Neville Chamberlain: Justin Trudeau, I caught what you said after the American election: "Canada has no closer friend, partner and ally than the United States. We look forward to working very closely with president-elect Trump."

So I've got to ask, what exactly are we going to work very closely with the alt-right over?

Banning Muslims? Torture? Opening the libel laws to silence the media? You really are an amateur at this. —Darren Parks, Halifax

How ironically appropriate that Kyle Shaw's eulogy for the truth should be so full of false representations ("Making America hate again," editorial, November 9). As Shaw would have it, the United States—though admittedly "built on shaky foundations"—was essentially a force for good in the world until Donald Trump was elected president. The reality is entirely different.

The United States came into being and expanded to its present dimensions through the genocidal extirpation of the country's aboriginal inhabitants (the same is true of Canada). The obscene wealth of the United States was first amassed by the monstrous enslavement of millions of Africans and later augmented through the exploitation of generations of nominally free workers (or as Shaw styles it, by "putting immigrants to work").

In time this came to be supplemented by pillaging the country's near-abroad through the establishment of a network of banana republics and, more recently, by the imposition of the "Washington consensus" throughout the Third World.

The "equal opportunity" that Shaw extols is a cynical myth. African and indigenous Americans have only recently achieved even juridical parity with other US citizens and have never been compensated for their systematic despoliation by the United States. More generally, social science research has shown that the degree of social mobility in the US is low compared to that of other developed nations and has been stagnant or declining since the 1970s. Nor, needless to say, has there ever been any equality of opportunity with respect to non-economic matters. To take one example: Today, as ever, black men in the United States suffer an enormously disproportionate risk of being sent to prison and of being shot by police.

Clinton's psyche may well have "complexity" but that is quite irrelevant. For any rational individual, what is important is not whether there are nuances to Clinton's character but what one could have expected from her as president. Here, the news isn't good for her fans: Whatever progressive policies Bernie Sanders might have arm-twisted her into taking in public, in private she was taking them right back (e.g., saying that people opposed to fracking or pipelines "should get a life").

Notably, however, there was one issue on which Clinton came to have a consistent stance both on and off the record: her support for a no-fly zone in Syria. What makes this remarkable is that Joseph Dunford, the top member of the US armed forces, has testified to Congress that imposition of such a zone would bring about war with Russia (AKA World War III). Evidently, Clinton is as capable as Shaw claims—capable of promoting Armageddon while still retaining the admiration of people like him.

Shaw tells us all we need to know when he reveals that casting a ballot for Clinton "felt like a vote for the future." Hillary Clinton is the very apotheosis of the political establishment, and she has always stood four-square for Wall Street and war—in other words, for the continuation of the status quo that has reigned uninterruptedly in Washington for the past 70 years.

Kyle Shaw tells us that the truth just died. He should know—he's doing his level best to make sure it stays that way. —Antoni Wysocki, Halifax