The cult of neighbourhood character is closing off HRM to new residents and strangling housing supply. Time to open things up. 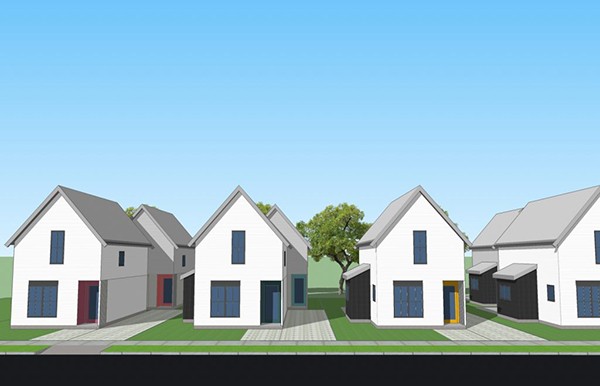 It’s the first rule of city planning: You don’t mess with people’s neighbourhoods without a fight. Minneapolis got a crash course in that reality last year when, in the face of rapid population growth, ballooning housing costs and plummeting vacancy rates, its city council voted for a new planning framework called “Minneapolis 2040.” The new development bible aims to eliminate the single-family zoning that covers much of the city, and open everywhere to at least modest development— up to three dwelling units on even the most restrictively zoned residential lots.

Opinions were divided, to say the least. Activist group Minneapolis for Everyone passed out Don’t Bulldoze Our Neighborhoods lawn signs, and warned on their website that the plan will “benefit developers at the expense of...families, older people and the disabled.”

On the other side of things, Neighbors for More Neighbors, a pro-density group, distributed business cards reading “Uh oh! Your homeowner privilege is showing”—a reference to older homeowners, presumably comfortably ensconced in established neighbourhoods and not too enthusiastic about any change in that whatever-you-want-it-to- mean , “neighbourhood character.”

Overall, though, housing advocates and anti-poverty advocates have celebrated the idea of building what planners call the “missing middle”—duplexes, triplexes, small apartment buildings—on streets dominated for decades by detached homes. They hope it will reduce inequality and lead to more housing availability.

It wasn’t that long ago that protecting neighbourhood character from development was a progressive bona fide. But the past few years have seen a shift from the conservationist old guard—the generation that helped fight off inner-city freeways and destructive urban-renewal schemes—to a more permissive group of municipal activists. The so-called YIMBYs (for Yes in My Backyard) especially gained traction in ultra-expensive cities in desperate need of both subsidized housing, and plain old market housing accessible to non-millionaires. So it’s not surprising that loosening up restrictive zoning that stifles new housing is a key plank in these groups’ activism.

“Restrictive zoning generally has been long beaten into people’s heads as a desirable thing,” says Neil Lovitt, a senior manager of planning and economic intelligence with real-estate consulting firm Turner Drake & Partners Ltd. “If you start introducing duplexes or apartments on your street, people believe your investment in your home will be reduced, it’ll introduce crime. These things aren’t based on observed reality, but they’re social norms.”

Those norms go pretty much unquestioned in most Canadian cities, including Halifax. Here, most residential streets lie within so-called established residential areas, zoned R-1 or R-2—single-family or duplex zones. It’s basically illegal to build anything in these areas that look and feel like what already exists. Neighbourhood character is cast in stone. Neighbourhood evolution is basically illegal. These areas cover the large majority of the city’s residential landscape, and that means that only a fraction of the city is pulling its weight to absorb the thousands of people moving here every year. Most growth is pushed to brand-new subdivisions, or to a handful of corridors and growth centres rebuilt over and over, to ever-higher densities. The result is a city both taller and sprawlier.

Meanwhile, the finite housing supply in established areas becomes more exclusive. As incomes rise and household sizes shrink, some gentrifying inner-city neighbourhoods are actually declining in population, even as newcomers crowd into apartment and condo buildings a stone’s throw away (also
often opposed by nearby residents).

Take the leafy little area bordered by Quinpool, Jubilee, Robie and Connaught. Between the last two federal censuses, household incomes grew here by about 10 , while the population dropped by 6.3 , falling from 1,100 households to 1,020. Most of those lost households contained renters. This is a clear-as-day statistical portrait of gentrification, and the same trend is evident in established neighbourhoods from Cole Harbour to Dartmouth to Bedford.

For a long time, Halifax could (sort of) get away with this. Population growth was slow, and new housing was in relatively low demand. But that’s changed. Both 2016 and 2017 were the city’s strongest years for population growth in decades. And 2018 looks set to beat both—possibly more than 10,000 new residents, according to Statistics Canada estimates. Relative to population, Halifax is now among Canada’s fastest-growing cities.

But housing hasn’t kept up. In 2007, we saw about 3,500 new residents, and about 2,500 housing starts. In 2017, we saw about 8,000 new residents—and about 2,700 housing starts. (The illusion of a development boom is really caused by a shift in where development is happening. Formerly out of sight at the edge of town, a lot more is now happening downtown.) Rather than overbuilding, we’re headed straight for a housing crunch. The rental vacancy rate is lower than at any time since the 1980s, and rapidly rising rents may not be far behind.

We need more space to house people and we need it now. Leaving so much of a growing city covered in protected enclaves is , economically, and ethically indefensible.

Fortunately, we have lots of room. And some of it is probably on your street.
Halifax isn’t the only city grappling with this. In 2016, Toronto planner Gil Meslin even coined the term “,” referring to the colour that the city’s no-growth residential areas—which occupy 75 of the city— occupy on zoning maps.

Last March, Meslin told The Globe and Mail that “The whole development sector has either bifurcated into people who renovate and flip homes or people who build huge, lot- assembly condominium developments, building 30- and 40-storey towers and 500-unit buildings. It doesn’t leave that kind of [middle] grassroots or smaller-scale developers.”

Toronto is stuck with its for now, but other cities have been making strides in opening up similar zones. Besides Minneapolis, Vancouver city council voted last September to eliminate single-family zoning in most of the city. The state of Oregon is looking at allowing up to four dwelling units, at , on any lot in any city larger than 10,000 people. Even sprawling Edmonton last year opened up more of the city rental conversions.

These changes invariably involve neighbourhood turf wars. Minneapolis’ vote occasioned a clash between opposing activist groups. And Vancouver’s fairly modest policy was almost reversed in December when challenged by a centre-right municipal party. There’s every reason to expect a similar response here—some of which has to do with often-deserved cynicism about the development industry.

Larry Haiven is a Halifax community activist and chair of the Schmidtville Stakeholder Steering Committee. He enthusiastically praises missing-middle approaches to create more housing, holding up Schmidtville—an especially dense, five-block enclave of Victorian rowhouses in the south end—as an exemplar. Part of what makes it so successful, Haiven believes, is how it accommodates great density and diversity in a low-rise area.

But when faced with the idea of loosening up zoning elsewhere to create more Schmidtville-like intensification—building additions, carriage houses, rowhouses replacing single-family homes, or small apartment buildings— his enthusiasm wanes.

“The lesson that I take from Schmidtville is that one of the best ways to achieve density downtown is simply through preserving older neighbourhoods...the minute you start to ease up or allow any tear-downs, developers will answer, ‘Well I’m sorry I can’t do this. I’ll go broke if I build three storeys, I need to go taller.’”

But Schmidtville isn’t a typical old neighbourhood. It’s among the densest in Halifax, with its most populated census tracts packing in more than 10,000 people per square kilometre. (The generous lots and single-family houses in the west end come in around 4,000 to 5,000 per square kilometre. Cut that in half again in suburban areas.)

Neil Lovitt cautions, however, that more liberal zoning alone may not transform housing capacity overnight—R-2 zoning on the peninsula already allows up to four dwelling units per lot, and few of those lots are fully developed. But that may have to do with other regulations the city could easily loosen.

Lynch believes there are hundreds of shovel-ready R-2 lots in the regional if regulations could be loosened just a bit. For example, even though peninsula R-2 lots allow four dwelling units, buildings can’t exceed 35 lot coverage—an often impossibly low threshold. And then there are parking minimums, street-frontage requirements, et cetera. All this effectively closes the door on a lot of otherwise promising sites.

“It is so difficult within existing rules to be creative,” he says. “If the city wants to encourage this kind of infill, there’s got to be a better process.”

Lovitt suggests that in a best-case scenario, this could open more opportunities for builders like Lynch.

“I wonder if we’d see in a different type of development business, where people get more trade-focused, rather than the bigger developers whose models are based on large buildings,” he says. “I hesitate to make any broad claims about what would happen, but it almost seems an economic development tool where you kind of open a new avenue to make their own work by expanding into the small-scale development game.” 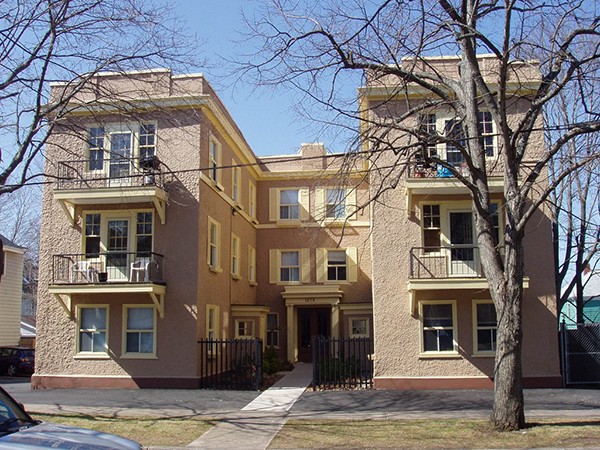 Some of this is coming to the regional centre with the Centre Plan (whenever that happens). But the changes are likely to be very gentle, and won’t extend beyond the circumferential highway. In the suburbs, established areas will remain sacrosanct—though intensification there may be even more important.

“We need to allow development in Spryfield and the core of Bedford and Clayton Park,” says Tristan Cleveland, a Dalhousie planning student and project lead at Vancouver-based Happy City, an urbanism research and policy hub. “If the only walkable places are the peninsula and downtown Dartmouth, we’ll push existing low-income residents out of those areas, because they’ll be competing with high- income people who want to live in walkable communities.”

Jenny Lugar, until recently the sustainable cities coordinator at the Ecology Action Centre, believes liberalizing zoning isn’t appropriate everywhere, especially in rural areas. “But if located within 15 minutes of main streets or on transit,” she says, “that could be a game- changer, and make main streets healthier.”

OK, but what about heritage? Few of us want to see the city’s historic residential vernacular ripped apart just to make way for modestly more density.

“We can be very specific in the municipal planning strategy about that,” says Lugar. “If there are things about buildings’ characteristics that are historic or that we consider Halifax-y, it’s not unheard of to be that specific about protecting them, while allowing development around them.”

There could even be heritage benefits. Infilling established areas isn’t an alternative to taller buildings—it’s a complement to them. But it could help to relieve some development pressure on heritage-rich corridors, from Agricola to Robie to Gottingen, that have little heritage protection, but which are identified as development destinations under the Centre Plan.

Finally, more market-rate housing won’t help our most vulnerable residents. We need affordable-housing policy for that. But allowing established neighbourhoods to evolve along with a growing city can only be good for average renters, or would-be homeowners, trying to break into otherwise inaccessible neighbourhoods. It should be done in consultation with residents—but it should happen.

“Council has to be able to stand up to long-standing residents of established neighbourhoods and say, ‘I’m sorry, that’s not the direction we’re going in,” says Lugar. “We want to be a more sustainable city, now and for the next century.”

***
Matthew Halliday is a Halifax-based journalist, editor and co-founder of The Deep magazine. He’s written for The Walrus, Hazlitt, Chatelaine, The Chronicle Herald, The Globe and Mail and others.