Life is in the Small Things 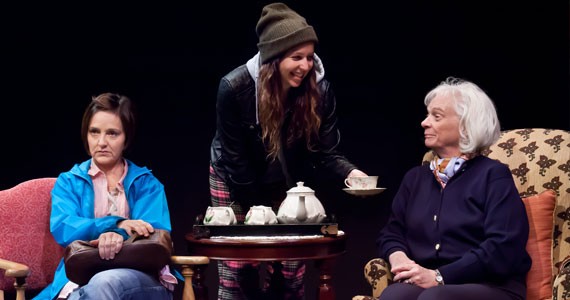 Birdy (Heather Rankin) has been hired as Patricia's housekeeper. Patricia (Jenny Munday) is a retired school teacher, measured and intellectual. Birdy is a ball of energy who will talk about anything just to fill a silence. Needless to say, their personalities clash.

The two living spaces share the set. The home of Patricia is stiff with armchairs and tea trays while the home of Birdy and her daughter Dell (Stephanie MacDonald) is more television and gossip magazines. At an even pace, the action alternates predictably between the two homes; the feeling is initially mundane, then familiar then, ultimately, communal.

As with the best of writer-director Daniel MacIvor's plays, the small, intimate moments are elevated, breathing life into the characters' worlds. Here, the impact is in gesture rather than theatrics, moments rather than events, feelings rather than messages. Mulgrave Road Theatre company's Small Things is an austere and unassuming drama, but is much more than the sum of its small parts. —Michael Lake