Brian McKnight may not perform “iFUrReadyToLearn” this Friday at the Casino, but we suggest you shout out the request all the same. 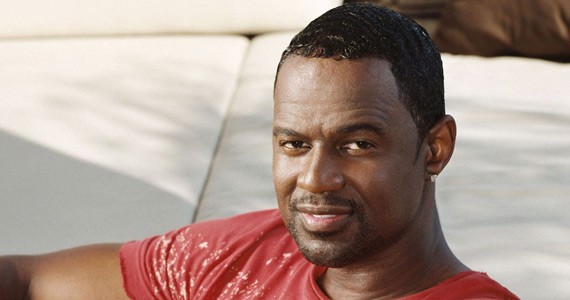 If you're looking to get in the mood this weekend, R&B superstar Brian McKnight will make love to Halifax's auditory canals Friday night with his soulful crooning. Sixteen-time Grammy nominated McKnight is likely best known for junior high slow-dance megahits like "Back at One." But lately he's raised eyebrows with a provocative "adult mix-tape."

Of his latest single, "iFUrReadyToLearn (How Your Pussy Works)," Rolling Stone says it "attempts to teach a female subject how to utilize her genitalia for an unusually heightened sexual experience." Fantastically categorized as a "filthy jam" by Billboard, the song was released on YouTube before being prematurely pulled after harsh criticism from R&B's notoriously chaste, austere fandom.

"It's funny how we listen and let our kids listen to songs about killing people and selling drugs and calling women b**ches," McKnight wrote in response on Twitter. "I wrote this song crude as it may be about satisfying all women and look what happened."

While the sudden gush of criticism is akin to the female ejaculation he so lovingly describes in his lyrics, McKnight has also received some warm praise for his new, naughtier style.

Though McKnight says he's unlikely to ever perform the song in concert, you can still cross your fingers and get tickets for his May 11 show at the Casino for only $50 a pop. The full version of "iFUrReadyToLearn" is available on iTunes for $1.29. Then if ever you should feel your work is done, just start back at one.