In celebration of two centuries of Charles Dickens, Dalhousie Art gallery has a whole winter of film adaptations 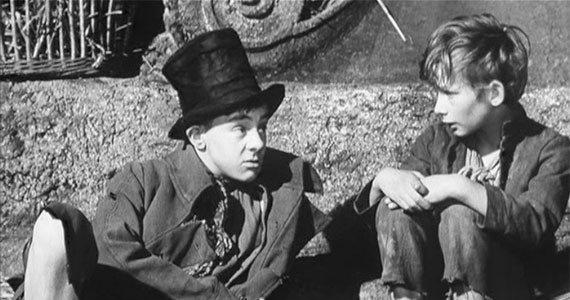 If the great Charles Dickens was still with us, he'd be pretty darn ancient. Two hundred years young, to be exact. In honour of his two centuries as one of literature's best, the Dalhousie Art Gallery's winter film program is screening adaptations of Dickens' works on Wednesday for free, all the way until the end of April. And there were tons to choose from. (Fifty versions of A Christmas Carol and 10 Oliver Twists!) The first film, the 1954 British take on The Pickwick Papers, Dickens' first novel screens this Wednesday. This comedic film, chock-full of memorable kooky characters follows Mr. Pickwick and friends as they travel across England on the mission of finding interesting things to report on, all the while getting themselves into big trouble. But buried later in the series are local connections like a Cape Breton-born Oscar-winner in Oliver! (bet you didn't know there was one) and Halifax-born lead role in The Mystery of Edwin Drood. So maybe it's time to brush up on your Dickens, movie-lovers, and you Dickens-lovers, get your noses out of the books and brush up on your movies.