Lil MacPherson to run for mayor against Mike Savage 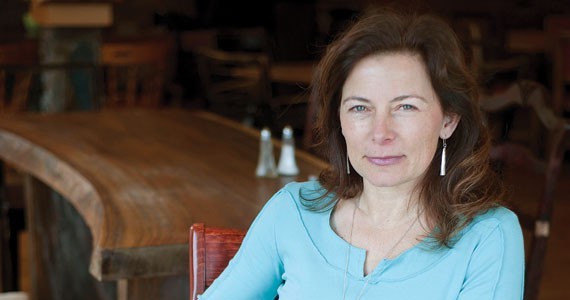 Thirteen years ago, Hurricane Juan was the catalyst for Lil MacPherson to open a restaurant dedicated to sustainable agriculture.

Now a different environmental crisis is inspiring the co-owner of the Wooden Monkey to once again take action, as she announces her candidacy for mayor of the Halifax Regional Municipality.

“I just see all these massive opportunities and what's coming at us, and we're not ready as a city,” says MacPherson. “We are so far behind the ball, we're almost at a standstill. Everyone else is running, sprinting towards all this wonderful innovation.”

It’s no coincidence that she’s declaring her campaign on Earth Day. Attending the Paris climate talks last fall, MacPherson says she was inspired by other municipalities around the world that are combating climate change while fostering eco-friendly industries.

There’s a “tsunami of green jobs” about to be created, MacPherson says, and it would be socially irresponsible of HRM not to seize those opportunities.

“I just can't stand by and watch us flail around and miss this massive green economy that's going to come—where people won't come and settle here because it's too hard to open a business.”

MacPherson previously considered a run for mayor in the months leading up to 2012’s municipal election, but she never ended up offering. Instead, she supported Mike Savage’s successful bid for city hall.

But that was then, and this is now. MacPherson calls the municipality’s current mayor a “good, funny, fun man,” but says Savage and city council can do better to lead the way on climate change.

“I don't think they realize what's happening, and they're failing due to lack of education on the subject,” she says.

So, this isn’t just payback for all that convention centre construction affecting the Wooden Monkey’s sales. Though, she says, that definitely helped make the decision to run a little easier.

While she may downplay her odds of winning, MacPherson’s announcement does make her the current top contender in a mayoral contest that has so far produced few challengers against Savage.

Peter Kelly’s name had been bandied about for a potential run, but the disgraced former mayor instead took a job as Charlottetown’s chief administrative officer.

So far the only other declared candidate for mayor is Paul Boyd. The taxi and limousine operator previously ran for office twice federally, twice for mayor and four times for city council—most recently losing the winter by-election for District 6 with just 1.7 percent of the vote.

Self-described “underdog” MacPherson will be ramping up her campaign in coming weeks as she tries to gain momentum ahead of the October 15 election.

“I guess I'm going to build it just like I built the Monkey—on faith,” says MacPherson, about her candidacy. “Hopefully people will support me.”