Don't question the logic and you'll have fun 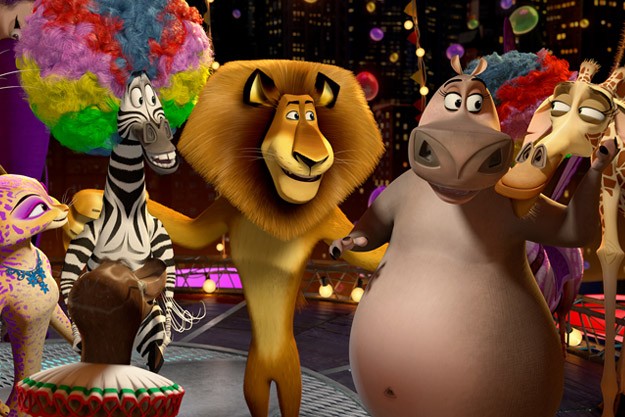 Vibrant and colourful, this third movie in the Madagascar series could certainly be worse. After being stranded in Monaco, lion Alex (Ben Stiller), zebra Marty (Chris Rock), giraffe Melman (David Schwimmer) and hippopatamus Gloria (Jada Pinkett Smith) try to make their way back home to New York by joining a travelling circus of international misfits. Aside from the principles, there's also a relentless French animal control officer voiced by Frances McDormand, and Breaking Bad's Bryan Cranston as a short-tempered Russian tiger. An overabundance of characters isn't always juggled well, but like the circus train they're on, the plot moves briskly. More so, a creative use of 3D and Cirque du Soleil inspired neon-extravaganzas keep things fresh. Don't go questioning any of the logic and you're bound to have a fun, or at least funnish, time.