Made with Local’s big year 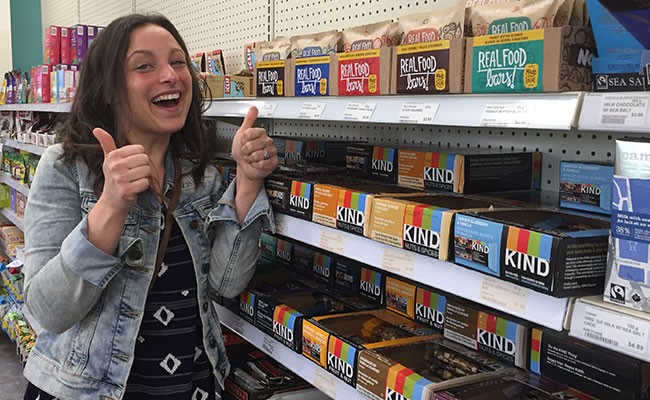 "I never thought I would be a business owner or entrepreneur," says Russell. The special ingredient that makes Made with Local significant to the community is the collaboration with social enterprise production partners. The Flowercart Company employs folks with barriers to mainstream employment and produces their Real Food Bars and Dartmouth Adult Services Centre–which employs folks that have intellectual disabilities–produces their Loaded Oats.

"If there wasn't this social component then I wouldn't be doing it," says Russell. "This is what the business is actually meant for."

Six years ago, the co-owners baked the hearty, healthy treats themselves and at the farmers' market on weekends, all while managing full-time jobs. But in recent years they've shifted all their attention to growing the company.

"Sourcing out our productions to social enterprises meant that I wasn't baking anymore and I had more time to focus on the business. It's a huge part of being able to grow from the capacity we reached," says Russell.

That focus paid off. Now expanding outside of Atlantic Canada for the first time, Made with Local products will be available at all seven Whole Foods stores across Ontario, as well as other stores in the region, by the end of March. Due to high demands, Russell and MacDonald are adding a third social enterprise into the mix: Stone Hearth Bakery will help with any shipments outside of Atlantic Canada.

"The purpose of the business is to be connecting farmers and food producers with social enterprises and creating really nourishing products that literally and figuratively feed the community."

With demand consistently growing, the owners hope to expand partnerships with social enterprises in Ontario and eventually British Columbia too, but Russell says the company will always be rooted in Atlantic Canada.