Making the case for A Garfield Christmas Special 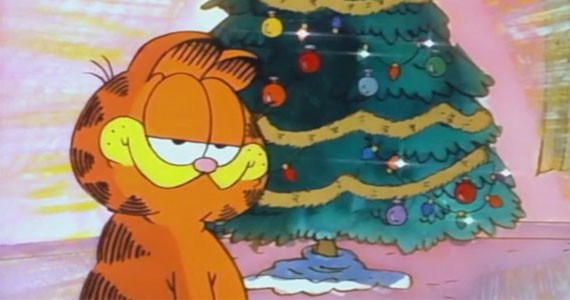 So you’ve got your typical holiday binge slate—Charlie Brown, Rudolph, Frosty, all the Dunder-Mifflin holiday party episodes of The Office, a month’s worth of Simpsons Christmas (“Shove this up your stocking!”) and splicing together various movies from their multiple cable viewings. And Garfield the Cat, that greedy, pasta-loving, lazy-yet-innovative feline, isn’t really having a moment right now. It’s been years since the Garfield Minus Garfield comics began circulating, and the less said about the Bill Murray movies the better.

But in 1987, Garfield had his best moment ever, in his very own Christmas special. And it’s one that’s gone under-appreciated and unplayed as stalwarts like A Charlie Brown Christmas, Frosty the Snowman and The Grinch Who Stole Christmas continue to hold onto our holiday hearts while we let crap like Bluetoes the Christmas Elf and Olive the Other Reindeer wear us down to end up on the annual list by default.

But why not Garfield’s Christmas? Based on creator Jim Davis’ childhood growing up in Indiana, it follows Garfield, Jon and Odie on a trip to Jon’s family homestead where his folksy parents and brother—like Davis’, named Doc Boy—bake cookies and play the piano and chop down their own tree. It’s got everything you need! A gift-giving machine that produces what you think of. (Sadly in the show, as in life, it’s a dream. But we’re getting there.) Appreciation for America’s farmers. A sassy jeans-wearing grandma who’s also the story’s heart. Family members making rude judgments out loud. A cat and a dog overcoming their lifelong rivalry, at least for one day. Snappy one-liners. Christmas tree-themed humour and pratfalls. Musical numbers sung by Lou Fuckin’ Rawls!

So yes, make time in your life for stop-motion Rudolph, the roast beast and that asshole Lucy Van Pelt. But don’t forget about Garfield, whose linemouthed veil is lifted at least this one time, just long enough for him to learn that the point of Christmas is “not the giving, not the getting—it’s the loving.”