On Phonetic Limbo the sprawling Halifax band follows its musical muse wherever it wanders. 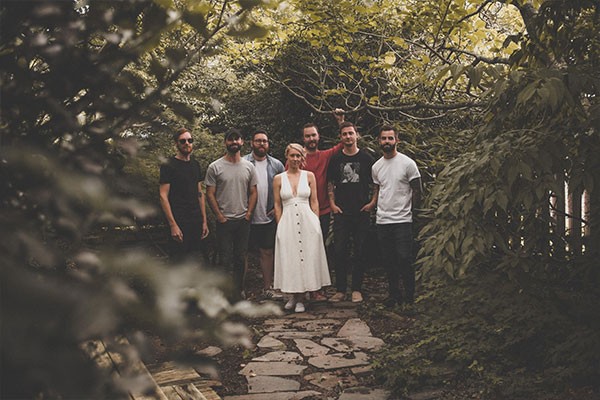 The seven-piece band Moonwake is difficult to categorize: Its new EP Phonetic Limbo begins with a short swell of strings, meanders through jazz, AM radio and indie rock, and ends with a ballad straight out of a Zuppa Theatre play.

Sean Clancey says the direction comes courtesy of composer/keyboardist Braden Nelson. "He just works out whatever is on his mind, really," says Clancey, the band's lyricist and vocalist. "Whatever sounds good to him. The first album was really wavy, the second was really jazzy, the third got a lot darker."

All three EPs Clancey ticks off—Be Still and Placement precede this one—were made and released in the past year. Phonetic Limbo dropped in September. "We just wanted to be more consistent with content rather than there being gaps," says Clancey, who adds he, Nelson and guitarist Adam Ritchie all work in marketing. "Four songs here, a video or two, a cover video—we did the Childish Gambino song ["Redbone"]—then another four songs. We only ever play one show a month at most; we didn't want to overdo it with the shows, but keep a consistency with the content."

This month's show comes Friday at the Seahorse—expect to hear Phonetic Limbo in its entirety—and a traditional full-length is in the works.

"It comes in waves. Braden finds his inspiration, and I have mine sitting somewhere in the depths of my head," says Clancey. "It's a really fun work dynamic. It's like a therapy session."