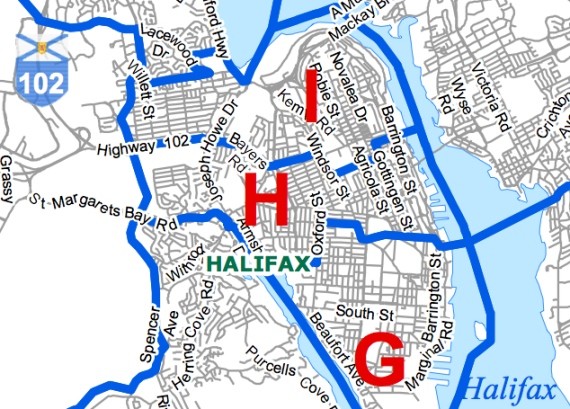 Last month, the provincial Utility and Review Board directed Halifax city council to reduce the number of councillors from 23 to 16, and to draw up boundaries for the new districts. City hall is now in the process of mapping the districts, and has put forward two scenarios for public consideration. See the maps here.

Neither scenario is perfect, but if I had to choose between the two I'd choose Scenario 2, and ask for some small tweaks, especially in the Preston and Sambro areas. What I'd really like to see, however, is a Scenario 3 and 4, and more population information given in a format that would be easy for the public to play around with possible boundary lines.

Anyway, my thoughts follow. I've also made note of where the sitting councillors live---I don't think that should enter the consideration at all, and candidates aren't required to live in their districts in any event, but so many people have mentioned this that I thought I should at least let you know.